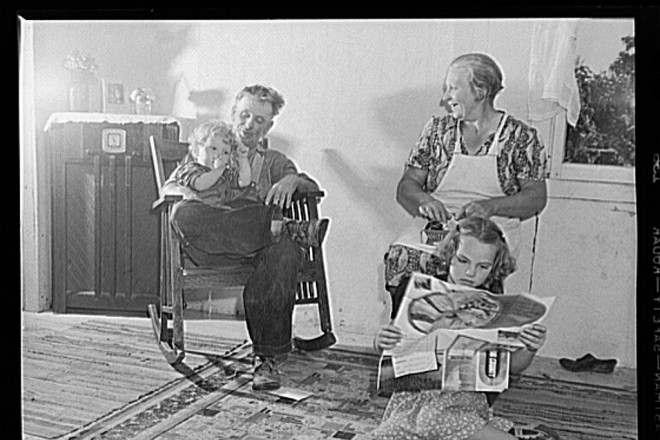 A shot of a Door County Farm Security Administration (FSA) rehabilitation borrower and some of his family. The rehabilitation program was a federal effort to combat rural poverty. The FSA is famous for its rural poverty photography program, which ran from 1935 to 1944. Many of those photos became symbols for the Great Depression. The most famous photographers from that era are Dorothea Lange, Walker Evans and Gordon Parks. Vachon, a Minnesota native, went on to serve as a photographer for the Office of War Information, and in the late 1940s worked for Life magazine and then moved on to Look magazine until it folded in 1971.