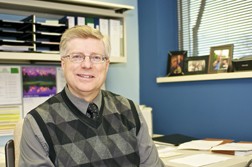 As of July 2014, low-income developmentally disabled, physically disabled, and elderly frail adults in 57 of Wisconsin’s 72 counties will be able to receive instant entrance into Family Care, the state system created in 1998 to increase access to long-term, non-nursing home care.

Unfortunately, Door County will not be one of those 57 counties.

Years of planning have gone into the creation of the Northeast Wisconsin Family Care District. The district, which was supposed to be operational this year, is designed to manage Family Care in Door, Kewaunee, Brown, Shawano, Menominee, Oconto, and Marinette counties.

But in July 2011, Gov. Walker and the Wisconsin legislature placed a cap on Family Care enrollment and expansion, pending studies to prove the program’s effectiveness.

Those studies have now come in, and, according to Door County Department of Human Services Director Roger Tepe, they show Family Care is doing what it was designed to do, which is eliminate wait lists for care and reduce costs.

“The state will tell you it’s better for clients because everyone gets services, and that’s true, because everyone should get services,” says Tepe. “But the state’s real angle on this is it will save money per client and per unit of service because everything’s big volume. The state is looking first and foremost to control Medicaid costs.”

Before Family Care was created, the state contracted with each Wisconsin county individually to provide Medicaid-waiver funded long-term care programs.

In areas of the state that currently have Family Care, the state contracts with a Managed Care Organization, such as a Family Care district, which oversees multiple counties to provide these same programs. Because these organizations serve a greater volume of clients than any one county would, the theory is they are able to receive reduced prices for medical care.

“Part of the challenge for the state and for the legislature is what’s the true picture?” says Hanson. “This audit [in April 2011] talked about the huge growth in Family Care, but they didn’t disclose the financial impact of the programs they were replacing. So legislators thought costs were out of control.”

The April 2011 audit, which was conducted by the state’s Legislative Audit Bureau, is one of the factors which led to last year’s Family Care cap. It said the program was mostly working but did not comment on its cost effectiveness.

Recent numbers released by the Wisconsin Department of Human Services in their 2011-2013 Long Term Care Sustainability Plan put costs for providing services to those still on the old waiver program at about $3,761 per member per month.

Per member per month costs for those enrolled in Family Care come out to about $3,188, a savings of $573 per member per month. Considering both programs serve 54,000 Wisconsin residents, it all adds up to a huge potential savings. 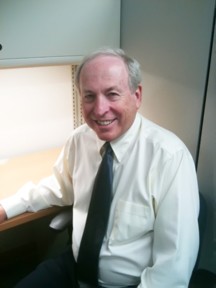 “We believe that, from a financial perspective, it would save the state money,” says Hanson of expanding Family Care.

Saving money is great for taxpayers, but the elimination of the wait lists for services is the real boon for those seeking entry into the program.

In Door County, there are 183 people being served by the Medicaid-waiver program and 110 people on the wait list for the long-term services that will eventually be provided under Family Care. The current system only provides a certain amount of funding slots and then caps entry into the program.

Under Family Care, each county’s wait list is phased into the program over the course of 36 months. After that, anyone who shows up and qualifies for services is immediately screened and placed.

While those who would potentially wait years for basic care benefit, says Tepe, Family Care may have a negative impact on those who are used to the county’s current programs.

An example, says Tepe, would be a client who needs physical therapy and is used to getting three hours of therapy five times a week. Under Family Care, that client might be reassessed and provided with only two and a half hours, three times a week.

“It’s half the hours, but you still get the service,” says Tepe. “Clients who got nothing before, who were just waiting, see this as wonderful because they get something. Clients who were on really nice programs and get cut back see it as not such a nice plan.”

This March, after receiving a pressuring letter from federal officials about denial of services, Gov. Walker and the legislature lifted the enrollment cap in counties that already have Family Care.

Funds for expansion into counties without Family Care, however, have yet to be released.

“Right now, as we’ve figured, it’s cost them more for them to keep us on waivers than to release us to Family Care,” says Tepe. “I think all the people at work in the field would say go for it, it makes sense, but it’s in the hands of the legislature.”

Hanson says that, right now, there’s a perfect storm for inaction on Family Care in the state legislature. Any Family Care expansion has to go through the legislature’s Joint Finance Committee, which is currently co-chaired by Rep. Robin Vos, a known Family Care critic.

Meanwhile, 16 state senate seats and all the assembly seats are coming up for election this November, which may change the landscape in Madison.

“The natural tendency is just to delay and wait and see what happens in November,” says Hanson. “The governor wants to move ahead with expansion. I think the secretary of the Department of Human Services is interested in moving ahead. But what I think we need from this region is the legislators to press and say ‘Why can’t we move ahead?’”

The Department of Health Services must submit its proposed budget for 2013-15, which will include projections for Family Care expansion, to the state Department of Administration by September 15. Hanson says he’s hopeful that the proposal will include expansion into the Northeastern Wisconsin region sometime in 2013.

Calls were made to both Rep. Garey Bies and Sen. Frank Lasee for comment on Family Care expansion. As of press time, those calls had not been returned.