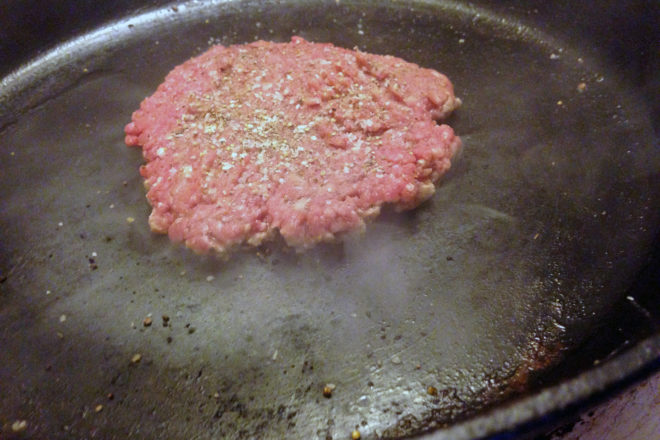 Smashing your burgers goes against most popular wisdom. But, if done correctly, it affords a unique flavor by provoking a Maillard reaction. Photo by Jim Lundstrom.

Making hamburgers at home has always gotten the better of me. I almost always prefer a “store-bought” burger.

I have tried many techniques over the years, but I have never had one that caused me to exclaim, “This is a great burger,” as I have done more than once at places such as the Anchor Bar in Superior, Wis.

About the best result I ever got at home was with a slider recipe from Cook’s Country. It included onions steamed right on the burger, and the bun steamed on top of that. The result was a very good little burger.

But, geez, you can’t eat sliders all the time. How about a man-sized hamburger recipe that works? 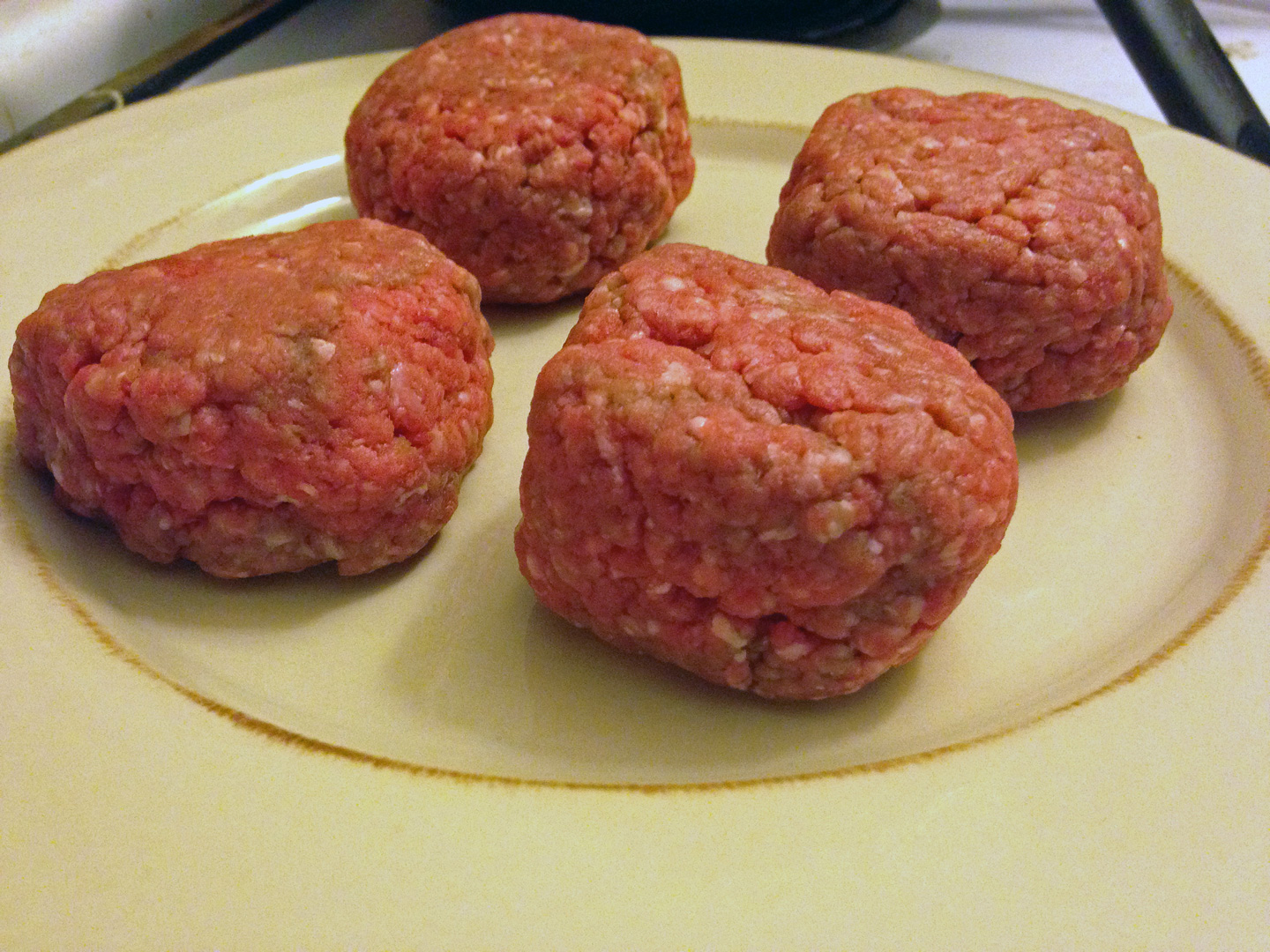 An intriguing email came to my inbox the other day that has changed my life. The subject line read Smashed Hamburger.

It was a very simple recipe, and the author of the blog promised it would be the best burger you’ve ever had.

Smashing hamburgers goes against every principle of hamburger prep I’ve ever heard, so I felt compelled to do some research about the smashed hamburger.

Didn’t take long to learn that not only are smashed burgers a real thing, with several chains famous for them, but they are the new kale in terms of food trendiness.

I looked at several recipes, and they all say about the same thing.

Turn a cast iron pan to medium (or anything but a nonstick pan, which cannot take the high heat that is needed for this to work). You’re bringing the pan to an even heat while you make the patties.

Make a hockey puckish patty with about four ounces of ground chuck.

Turn the heat to high.

Liberally salt and pepper one side of the patty, and place that seasoned side on the pan once it’s smoking hot. Let 30 seconds pass and then smash the burger flat (I use two metal spatulas – you will need two to get it flat enough fast enough). Season the top with salt and pepper, and let it alone for 90 seconds.

Then turn the burger, being careful to scrape all the beautiful caramelized crust on the bottom. Immediately place a slice of American cheese (or whatever cheese you prefer, but this is the traditional American burger) on top.

None of the recipes said this, but I then placed a cover on the pan, turned off the heat and left the pan on the burner and waited until the cheese is nicely melted, probably not more than a minute.

Slide it onto whatever bun you choose, topped with your favorite condiments. I spread mayo on the bottom bun and yellow mustard on the top.

The reason this burger is so good? It’s called the Maillard reaction. When we smash the burger on the very hot pan, a complex chemical reaction takes place in the proteins and sugars in the beef patty that turns the charred exterior of the patty into a beautiful sear that almost tastes as if it has just come off a charcoal grill.

So, it is an amazing transformation, and an irresistible burger.

But here’s a warning – make sure you do this with the windows open because smoke happens.