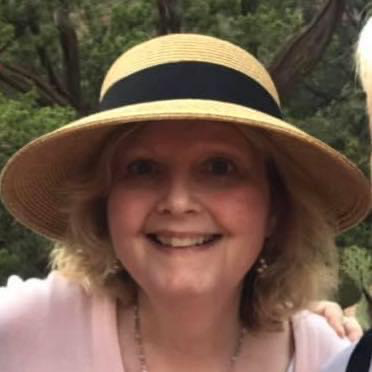 Carol Reynolds worked in book publishing for two decades, and every few years during these two decades, she would experience a kind of existential crisis, feeling as though she was supposed to be in a role that helped people more directly.

“It feels like nothing I do matters,” she recalled telling a friend.

“Then what does matter to you?” that friend asked.

Reynolds couldn’t get that question out of her head, and eventually, she realized it was her calling to the ministry.

“I made all the same old excuses I’d made in the past when I looked into other career paths, but this wouldn’t go away,” she said.

So Reynolds went to seminary, graduated in 2008 and was ordained in 2010. Now she’s the first female pastor at Hope United Church of Christ in Sturgeon Bay.

“It’s exciting, but it can be a little daunting as well,” she said.

That’s because Reynolds knows that when many people hear the word “pastor,” the image that comes to mind is a man. Many major religions such as Roman Catholicism and Orthodox Judaism allow only for male church leaders, but others have expanded the role to women recently, according to the Pew Research Center.

Because of this, Reynolds is used to looks of surprise when she introduces herself as a pastor.

“Sometimes it’s a bit of an adjustment for congregations,” she said. “So far, I’m not experiencing that here.”

Shaun Tauber, a co-chair of the pulpit search committee, said gender didn’t matter as committee members looked for a new pastor – nor has it mattered to the congregation.

“Our church is very inclusive,” Tauber said. “We always say everyone is welcome, and we thought, ‘Okay, we as the pulpit search committee need to be open to a candidate even if they’re nontraditional.’”

Though Reynolds was raised in the United Church of Christ (UCC), she left the denomination during college and later became a Unitarian Universalist. This was “very healing” for her, she said, helping her to realize the value of different beliefs. Still, she felt something was missing, so when a friend talked to her about progressive Christianity, she found herself right back in the UCC, years after she’d left.

Reynolds’ family was excited to have her back in the denomination, but even more excited when she shared her plans to become a pastor. Her father had gone to seminary for a few years, but he didn’t end up becoming a pastor.

“It’s kind of like I’m filling that path in his place,” she said.

In late August, Reynolds moved from Scottsdale, Arizona, where she had served in another UCC church. Having been born in New England, she missed cold weather, distinct seasons and water, so wanted to move to an area more like the one she knew and loved.

“In some ways, it feels like coming home,” she said.

Reynolds started preaching at Hope in mid-September. The church’s former pastor had left in the spring of 2021 after a mutual agreement that he was a poor fit for the church, so by the time Reynolds was onboarded, the congregation had been without a permanent, or “settled,” pastor, for 15 months. The church had instead relied on retired interim pastors and guest speakers from the community to lead services.

With the help of this lay leadership, Tauber said the search committee was able to take its time, which helped to ensure that the next pastor would be the best possible fit.

“The pastor who preceded Carol was not a good fit for our church, even though a similar selection process had been used,” Tauber said. “So we felt very tasked with making certain that it wasn’t just a fit for the committee, but a fit for the entire church community.”

The UCC’s process of hiring new pastors is a thorough one, involving a 40-page church profile posted to the UCC website, which Tauber described as a “help-wanted ad.” Pastors looking to relocate can find openings on that website, contact the church and go through the in-depth interview process.

After undergoing this process with 12 candidates, Hope Church landed on Reynolds.

During her first sermon, she wanted to make sure her congregation understood that under all the robes, she is imperfect, just like everyone else. So instead of a typical sermon, Reynolds delivered a short bio, formatted like a troubleshooting guide.
“People put us on pedestals initially, and then they can be really disappointed when they discover we’re human,” she said. “So right out of the gate, I was like, ‘I’m human.’”

When Reynolds isn’t preaching, she might be visiting congregants in the hospital or counseling them when they need someone to talk to. Her job has a large administrative component as well, so she attends community meetings and helps the church to function behind the scenes.

Once she is more established in the church, she’ll do more work within the larger community.

“I’d have to imagine there are more people who would like what we’ve got going here,” she said.

Reynolds realizes that Hope is already very involved in mission work, but she hopes to push the congregants to tackle more social-justice issues in the future.

“It’s always a balance between challenging and comforting people,” she said.