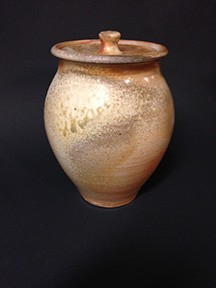 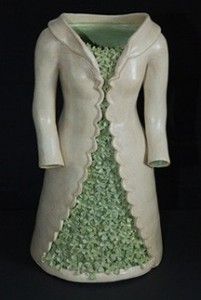 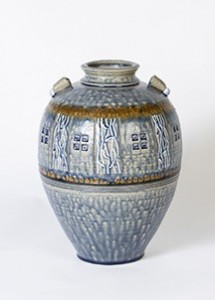 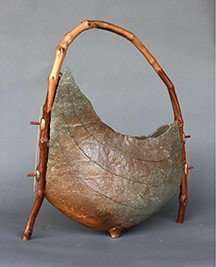 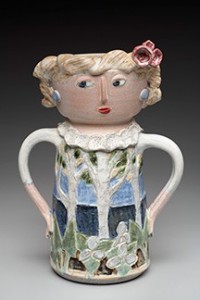 Pottery has long been considered one of the oldest and most widespread forms of art in the world. Prehistoric remains have often served as historical and literary records for archaeologists and “have often supplied a means of dating and establishing an early chronology,” history.com shares.

It has been used to form baking dishes and various decorations in civilizations across all continents for thousands of years, and has enjoyed a surge of popularity during the past century from artists who find the medium of clay their best form of expression.

The Miller Art Museum will celebrate the enduring nature of pottery and its place in Door County with its final exhibit of 2014, Hands In Clay.

The exhibit will feature 16 area potters that Curator of Exhibits and Collections Deborah Rosenthal feels represent a cross-section of the types of pottery that are being created in Door County. The core of the exhibit is made up of artists associated with the Door County Potters Guide, a group founded in 1976 as a “community of professional resident craftspeople making functional and decorative work in clay” that encourages support and camaraderie among its members. The other handful show their creations at some of the county’s commercial galleries.

This is the first time the museum has celebrated clay in some of its most beautiful forms, and it is an exhibit Rosenthal is excited about.

“All three of us who are on the staff here at the Miller [Rosenthal, Director Bonnie Hartmann, and Museum Assistant Michael Nitsch] have art training in various things, all different media, but I think anybody interested in the arts is attracted to clay because of its great tactile qualities and also because clay is such an ancient medium to human beings,” Rosenthal said. “There’s a natural affinity for humans and clay, so the staff here really has a personal love for clay even though none of us is a potter.”

The exhibit has been in the works for the past two years, based in part off a suggestion by Door County potters David and Jeanne Aurelius. Over time, the pieces came together and the museum committed to bringing a selection of local pottery to the eyes of museum goers.

“We all try to get out to see what’s going on in the community and the art community, and I think we’re all just really impressed with the quality of what the Door County potters, the work that they’re creating – the variety, the range of their skill and creativity.”

Each potter was invited to display up to six pieces at the exhibit, with a wide array of techniques and forms being represented, from functional to decorative. Useable vessels will be on display, as will glazeware, woodfired pieces, sculptures, tile murals and wall reliefs.

“Some are beautiful colors with fluid surfaces, some are rough textured pots in forms that people are familiar with,” Rosenthal said. “There are several wall pieces, which are really fun … you name it, and pretty much it’s in there.”

The museum will also add paintings, prints, drawings and photographs from its permanent collection to the walls as counterpoint to the 3D pottery in the exhibit.

“We don’t usually feature the permanent collection on our main floor changing gallery so that’s kind of a treat for us to pull out,” Rosenthal said.

The exhibit will kick off with an opening reception Saturday, Nov. 8 from 3 – 4:30pm.

Miller Art Museum is located at 107 S. 4th Ave. in Sturgeon Bay. The museum is fully accessible and admission is free with donations welcome. For more information visit millerartmuseum.org or call 920.746.0707.