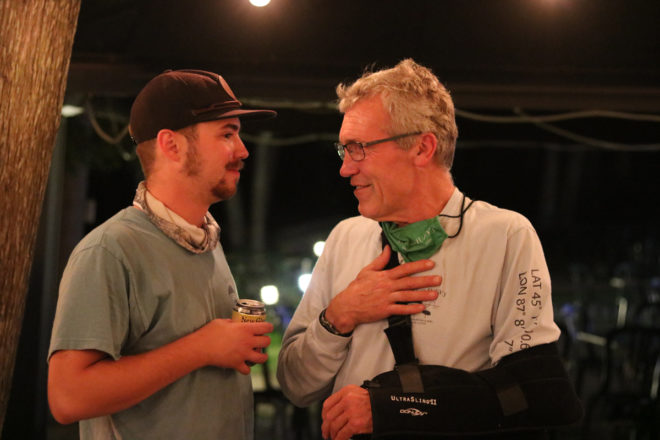 When Fred and Fuzzy’s closed Sept. 6, it wasn’t just a normal curtain call on the summer season. It was also a final farewell for Greg “Fuzzy” Sunstrom, who has been managing the bar and grill for 20 seasons, and involved with the resort for 47 seasons. The parcel of land on which the restaurant and resort stand is being sold, and Sunstrom will not be involved going forward.

The good news is that the purchasers have asked to retain the Fred and Fuzzy’s name and liquor license.

“There’s a good chance that it will be around next season, but [I] can’t say for sure,” Fuzzy said.

During the closing weekend, many staff members, friends and family members joined Fuzzy in celebrating a tough final season, but one that had its silver linings.

“It was a hard season,” Sunstrom said, “but an exceptional season since we have everything outdoors – and the weather has worked in our favor. Our last year, we went out with a bang.”

What will he miss most? “The employees and the people,” he said. “We’ve been very fortunate to have many exceptional employees over the years.”