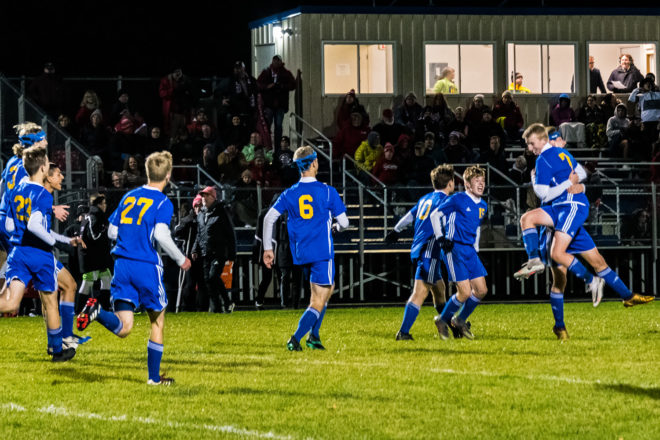 For the first time in 29 matches, the Sturgeon Bay boys soccer team lost to a Packerland Conference opponent.

Gibraltar/Sevastopol’s Kiegen Sargent scored in the sixth minute, and a defensive brigade led by goalkeeper Hayden Hoffman held the Clippers scoreless the rest of the way in a 1-0 home win Monday.

“My goal was just well played from my teammate Connor Thompson,” Sargent said. “It was a light touch, and I hit it to the bottom corner. It felt great, but we still had a long game ahead of us.”

The Gibraltar Vikings withstood constant counter-attacks from Sturgeon Bay during the final 84 minutes. Hoffman, a senior, came up with clutch saves on the Clippers’ scoring chances.

“It’s a great feeling considering how long and how hard we’ve worked for that game,” Hoffman said. “It really took the whole team, as well as each individual player, maximum effort to pull off the win. It’s extremely satisfying to see everybody’s hard work pay off.”

“While it feels great giving them their first conference loss, the team knows we need to move forward and stay humble,” Sargent added.