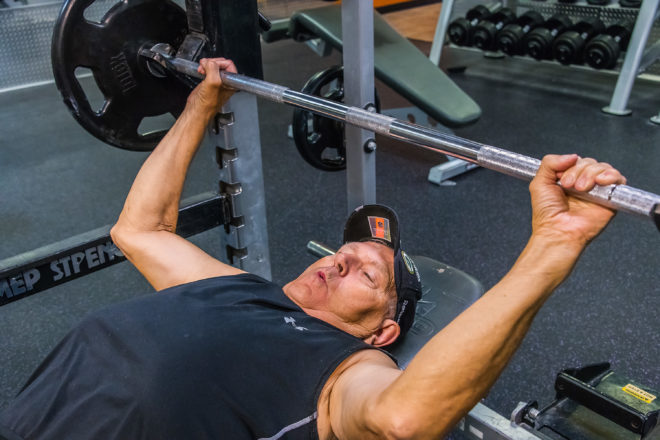 Barbara Hillary was a 75-year-old cancer survivor when she became one of the oldest people, and the first black woman, to reach the North Pole.

Bill Painter was 81 when he reached the 14,411-foot summit of Mt. Rainer, making him the oldest person to do so.

High-wire walker William Ivy Baldwin was 82 when he crossed the South Boulder Canyon in Colorado on a 320-foot long wire.

Katherine Pelton was 86 when she swam the 200-meter butterfly in 3 minutes, 1.14 seconds, beating the men’s world record for her age group by more than 20 seconds.

The 79-year-old summer resident of Door County is hoping to win an international title in powerlifting at a November competition in Las Vegas. That’s after winning a state title at a competition in Wisconsin Dells last April, just five months after he began powerlifting.

“I think I can win it,” Sandstrom told the Pulse recently after celebrating his 79th birthday in July.

In fact, Sandstrom said he may be in the best shape of his life. 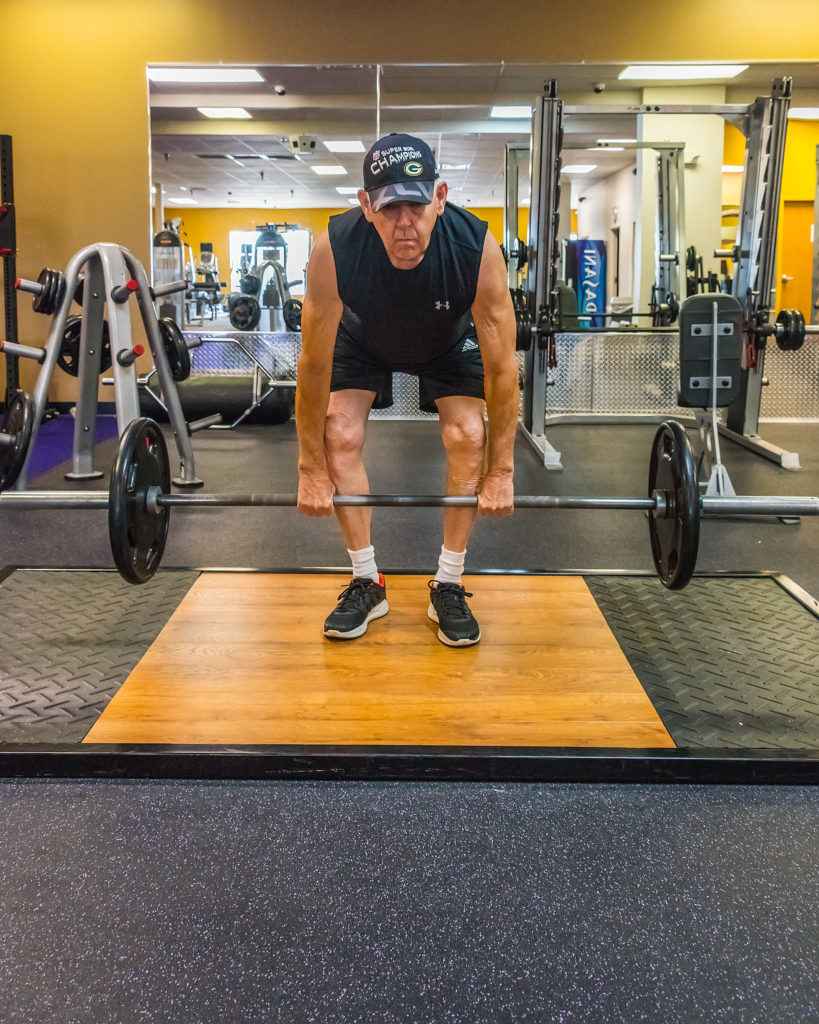 “I was always in pretty good shape,” he said. “Right now I take no medication except something for triglycerides. All the vitals are just as good as when I was 17 years old in high school. I know I’m in better physical condition than I’ve ever been in my life. I’m stronger and when you’re stronger, you feel better. I can move around. I feel better about myself. More confidence.”

Sandstrom is a retired Stevens Point elementary school principal who has been coming to Door County with his wife Mary Ann and their family since 1968, first as campers and for the past 15 years as residents of Heritage Lake Resort in Egg Harbor.

“We kept coming up here all the time because we always loved Door County,” he said.

Sandstrom said he always tried to remain active. At the age of 70 he began working out at Anytime Fitness in Plover.

“I wanted to be in better shape. Sleep better. Think better. All that stuff that comes when you work out,” he said. “I was getting pretty strong because I was in there five, six days a week for about an hour and half.”

At first he wasn’t following any specific training program or working with a trainer. He just went to the gym to work out.

“There are a lot of good people working out there and they helped me,” he said.

Last year some of his fellow gym rats suggested he try powerlifting.

“The guys said, ‘Geez, for 78, there’s nobody anywhere who can do what you are doing. You should give powerlifting a shot.’ I said, ‘OK, I’ll try that.’ That would be a year ago September, when I was 78,” he said.

Last April he was crowned champion in the 75-79 age category at the World Association of Benchers and Deadlifters (WABDL) meet held in Wisconsin Dells, deadlifting 242 pounds and bench pressing 137 pounds.

And he did that with an injured hip flexor.

That can-do spirit earned him a spot for the world deadlift title in Las Vegas. 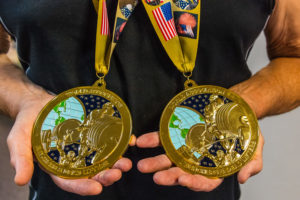 “I’ll be competing against everybody in the world,” he said. “The event coordinator and my trainer think if I can pull 250, I’ll probably be the world champion in the deadlift. I’ve already made reservations for my family and quite a few people from Anytime Fitness in Plover. It would be quite a thing if I could accomplish this. It’s been kind of exciting.”

He attributes his strong work ethic to growing up the oldest of five on the family farm in Ashland. He also admits to a competitive spirit.

“I’ve always been competitive, no matter what I’ve done, be it as principal, be it as landlord [he had 15 mostly student rental properties near the University of Wisconsin-Stevens Point that led him to write the book, available on Amazon, Can You Cut It as a Student Landlord?].”

“I still hold the record at World Book Corporation,” he said. “I sold 43 sets of World Book in 30 days.

“I knew if I was going to be competitive with anything I did, I would try to be No. 1, which is not always so good,” he continued. “I guess I’m just built that way. The fact that I want to be the best I can be, that’s always been in me. I’ve been knocked down plenty in life, but like Joe Louis says, get knocked down and you keep getting up. Nobody can stop you if you keep getting up. Most people can’t take it. Mentally, I’ve learned to be pretty strong. The mental things, it’s where it all starts.”

He gave another example of his desire to win even when there is no defined competition.

“This was another thing on my bucket list,” he said. “I hiked down the Grand Canyon when I was 70 and back up. I went with 13 people, mostly in their 50s and 60s, and I beat everybody back up.”

Sandstrom’s other love is for fishing, and while fishing this summer, he injured his hip again, so has spent the summer working up to where he needs to be for the November competition. But he’s not too worried about that. His only worry is that his doctor will find out.

“My doctor says I’m way too old to do this, so I hesitate to go see him. He’ll say, quit this stuff,” he said.