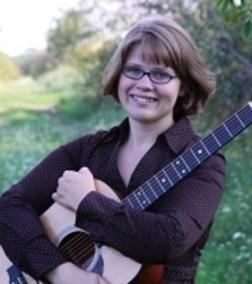 Dahl has earned a reputation as an accomplished singer, songwriter, and guitarist whom acclaimed author and poet Parker Palmer has called “a singer-songwriter you need to get to know.” She has performed around the world, from West Africa to southern France to Door County.

In 2009, Dahl released her debut album, County Line, which has been described as “a folk-infused exploration of love and the American landscape.” On County Line, Katie features original songs of sharp insight and lilting poetry, as well as Wisconsin songwriter Fred Alley’s “Gibraltar Town” and John Prine’s classic anthem “Paradise.”

The Inn at Kristofer’s is located in downtown Sister Bay, directly across from the Sister Bay marina. The restaurant is open nightly for dinner beginning at 5 pm. For additional information, to view the restaurant’s menu, or learn of other special events, visit http://www.innatkristofers.com.