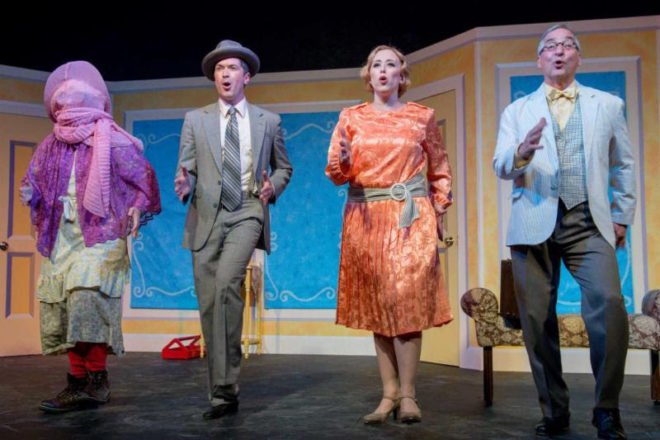 “La La Lucille” is a tuneful romp involving an inheritance, disguises and a happy resolution. Submitted.

George Gershwin’s La La Lucille is setting attendance records at Third Avenue Playhouse (TAP) as it enters its fourth week. It will be performed through Sept. 1.

A tuneful romp involving an inheritance, disguises and a happy resolution, TAP’s production of La La Lucille marks the 100th anniversary of the show’s Broadway premiere. Many of the original songs were lost over time, but TAP’s co-artistic director James Valcq has restored and recreated the music.

Tickets are $32 for general admission and $12 for students. To learn more and buy tickets, visit thirdavenueplayhouse.com.

Comedian Will Durst will return to TAP for four nights only with BoomeRaging, his tribute to the history, growth, joys, achievements and looming terrors of the baby boom generation in today’s youth-obsessed society. Performances will be Sept. 4-7; tickets are $32.