Andromeda. Perseus. Cassiopeia. The stars that form the constellations of the autumn sky are as much a part of a Door County fall as are the changing colors of the leaves and the southern migration of the geese. Hear their legends and learn about their constellations with award-winning astronomer and enthusiastic storyteller Robert Mathieu. The program will be held Oct. 7, at dusk, at the Stonecipher Astronomy Center, 2200 Utah St., Sturgeon Bay. The event is presented free of charge and is open to all ages. Families are especially encouraged to attend. Write On, Door County presents this program in partnership with the Door Peninsula Astronomical Society (DPAS). 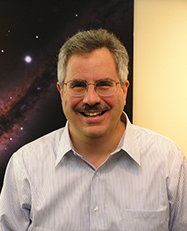 Mathieu’s passion and enthusiasm brings the stars to life by retelling the legends behind the constellations for both children and adults. Learn why the constellation of Cassiopeia never sets below the surface of the sea. Discover tales of bravery, love, and sacrifice behind the gods and mortals who comprise the autumn sky.

Mathieu is a professor of astronomy at the University of Wisconsin-Madison, where he has taught since 1987. He was educated at Princeton University and the University of California-Berkeley after which he became a Fellow of the Harvard-Smithsonian Center for Astrophysics. He has received the Vilas Distinguished Achievement Professorship for his research into the dynamics of star clusters, the evolution of stars and binary star populations.