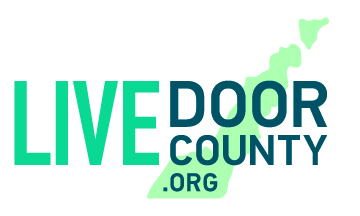 The Door County Economic Development Corporation (DCEDC) has launched a new initiative to reverse the alarming decline in population and workforce population in Door County.

Much of that is due to the county’s aging population. Since 2010 the number of residents age 65 and older has increased from 21.4 percent to 29.8 percent, with three residents leaving the labor force for retirement for every two that move in.

“The Wisconsin Department of Workforce Development data on the attached demonstrates that we lost a huge chunk of labor force in the Great Recession, and have never recovered,” said DCEDC Executive Director Jim Schuessler. “Our goal is to grow our annual labor force by 750 by the end of 2022, a huge task, considering the tide is rolling out.”

The county has more than 800 jobs available right now, Fox said, but not the people to fill them. Many of those jobs are “full-time positions with world-class companies, offering competitive benefits, relocation, education and training incentives,” she said.

The pitch of LIVE Door County is to target prospective employees who are drawn to the lifestyle of Door County.

“LIVE Door County is an initiative that highlights all the reasons Door County is a great place to live and work, including area school districts and places to live,” Fox said. “It’s a nod to the simple fact that most people relocate when they are unsatisfied about something in their life. Since millions come to Door County to take in the amazing amenities available here, it is quite possible that we can convince a few to come live here – as long as they are aware of the job opportunities.”

ON THE PODCAST: For more on Live Door County, listen to this week’s Door County Pulse Podcast, where Andrew Kleidon and Myles Dannhausen Jr. are joined by Kelsey Fox to discuss what she’s doing to attract new workers to Door County.