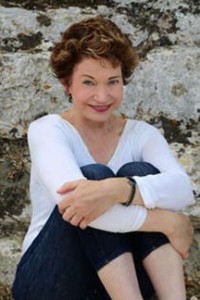 Door County is renowned for its cherry orchards and everyone who visits the county knows the vital role the crop plays in the local economy. There is a history to the cherry orchards that many people – both visitors and local residents – may not know. At the end of World War II, with a shortage of labor not only in Door County, but in many rural communities across the country, German prisoners of war worked the harvest.

Approximately 425,000 war prisoners – German, Italian, Japanese and others – were in camps in the United States. Between 1942 and 1946 Wisconsin had the most camps in the country – 38 – followed by Texas. By 1945, more than 20,000 prisoners of war were held in Wisconsin. Approximately 2,000 of them worked the orchards and farms of Door County.

A new novel, The Cherry Harvest, by Lucy Sanna takes a literary look at that part of our history. Sanna, who divides her time between Madison and Palo Alto, California, was recently in Door County to read from and discuss her novel, which was published in June by William Morrow, an imprint of HarperCollins Publishers. She appeared at the Miller Art Museum in the Sturgeon Bay Library, the Peninsula Bookman in Fish Creek, and Fair Isle Books on Washington Island.

With so many camps in Wisconsin, let alone in the country, one wonders what drew Sanna to set her work here.

“I love Wisconsin,” the Menominee native said. “I love the smell, the feel of the dirt, the lake air. It’s the place I’m drawn to.”

Door County also provided a natural element of tension: Could prisoners transmit information to German submarines and lead them to Sturgeon Bay to stop the construction of war ships? 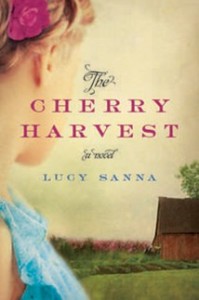 Setting is important to Sanna.

“In writing fiction, I typically write from a sense of place. I need to know the feel of it to better appreciate my characters’ relationship with their environment. With that in mind, in May 2011, I traveled to Door County with my daughter. To get a sense of the WWII era, I made numerous trips to the Door County Library and also interviewed people who remembered that time in Door County.

“Because The Cherry Harvest is a dramatic story, I wanted it to take place on the stormy side of the peninsula — the Lake Michigan side — and so we booked a stay at a home right on the beach. I later learned that very home was the site of a former orchard. That spot became the location of my family’s homestead, and there, my protagonist, Charlotte, a farmwife, began to come to life.”

The Cherry Harvest informs us of a history many of us were not taught in school. It is also a reminder of the importance of the institutions that exist in our community and the wealth of information they hold for residents and visitors alike. Sanna expressed her appreciation for the resources she was able to access at the library, the Door County Maritime Museum, and the Door County Historical Museum.

Making art out of history educates and informs new audiences. It also takes the story of Door County far beyond our own community. In the case of The Cherry Harvest, the book has received wide critical claim across the country and the rights have just been sold for a Dutch translation.

Sanna’s appearance was a collaboration with several Door County organizations, including the Miller Art Museum, Friends of Door County Libraries, and Write On, Door County, and in consultation with Northern Sky Theater, Third Avenue Playhouse and others.

One of the great benefits of the Peninsula Arts and Humanities Alliance is the collaborative spirit that exists among the member organizations. We are all made stronger by working together and that benefits everyone who appreciates the arts and culture of Door County.