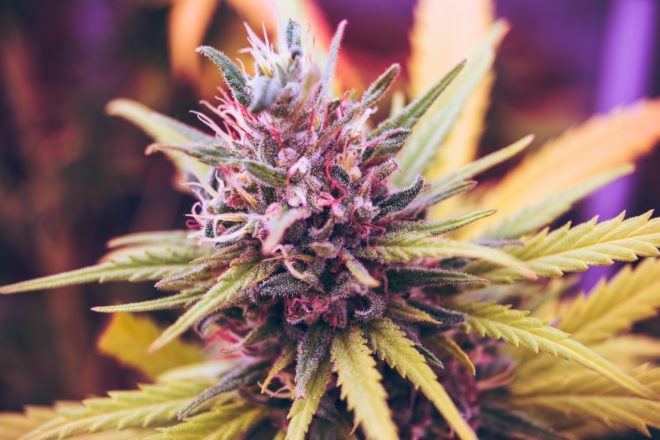 Gary Storck is a Wisconsin resident who was born with glaucoma. After reading about research on cannabis and glaucoma, on Oct. 3, 1972, Storck self-medicated with cannabis before seeing his eye doctor.

The doctor, who had been treating him for more than a decade, was happy to see Storck’s normally elevated intraocular pressures at normal levels. Storck has continued daily cannabis medication to alleviate the glaucoma, but along the way he also became a passionate activist/lobbyist for medical marijuana.

Since that time he has has been a founder of Wisconsin NORML, Madison NORML and Is My Medicine Legal Yet? (immly.org). In March 2015, he created the website Cannabadger.com, where he has been tracking marijuana referenda appearing on ballots throughout the state.

Four counties – Dane, La Crosse, Milwaukee and Rock – are holding advisory referenda to gauge sentiment for legalizing personal use of marijuana for adults.

Eau Claire and Racine Counties have multiple questions regarding medicinal and recreational use, as well as imposing taxes for that use.

Nine states and the District of Columbia have legalized small amounts of marijuana for adult recreational use. Vermont was the most recent to do so and its new law went into effect July 1.

Twenty-two states and the District of Columbia have decriminalized small amounts of marijuana, according to the National Conference of State Legislatures.

So, does Storck believe the time is right in Wisconsin for new marijuana laws?

“As a longtime medical cannabis patient advocate, I’ve looked at past efforts to reform Wisconsin’s pot laws and where we are at now, with 16 counties and two cities having approved advisory referendums, is absolutely historic,” he said. “Support for cannabis legalization is at the highest levels recorded so far, at 61 percent for Wisconsin and 66 percent nationwide, according to the most recent polling. I’ve studied past efforts to reduce or eliminate Wisconsin’s harsh penalties for cannabis and while the period from the late 1960s through the early 1980s saw a lot of efforts to ease state pot laws like local decriminalization ordinances, and local binding and advisory referendums, state law remains unchanged and second offense possession remains a felony for any amount.

“Dane County previously held advisory referendums on medical use in 2010 and adult use in 2014, but until this year, no other county had done so,” Storck continued. “That 16 counties and two cities, from the Northwoods to the Illinois border, from Lake Michigan to the Mississippi River, approved putting cannabis advisory referendums on the ballot is unprecedented. These localities contain more than 50 percent of the state population and represent a politically diverse slice of the state, including nine counties that voted Republican in 2016, and sevn that voted Democratic. Clearly this effort demonstrates that Wisconsinites are eager to join the other states that have legalized medical cannabis and adult use.”

Storck said based on the high polling numbers, he expects all the marijuana referenda will be passed, sending a clear message to lawmakers that voters want change.

“If voters also select candidates who agree, then it is likely the state can move forward,” he said. “No state has yet legalized adult use cannabis before medical, and the Democratic gubernatorial nominee, Tony Evers, a cancer survivor, has expressed support for passing a medical cannabis bill if elected, and holding a statewide advisory referendum on adult use.”

He expects if Democrats take back the Senate, a restrictive medical bill will pass, and if they take both the Assembly and Senate, he said the Compassionate Cannabis Care Act sponsored by Sen. Jon Erpenbach (D-Middleton) and Rep. Chris Taylor (D-Madison) or the hybrid medical/adult use bill by Rep. Melissa Sargent (D-Madison) could see the light of day.

“But the bottom line is the people of Wisconsin have long been ahead of state leaders, and they will likely approve these referendums, sending a strong message that they expect state leaders to move quickly to bring Wisconsin into the fold of states that have moved forward on legalization,” Storck said.