After a contentious campaign that devolved into name-calling on both sides, Sturgeon Bay Mayor Thad Birmingham squeaked by challenger Laurel Brooks with a mere 52 votes in the April 5 election. 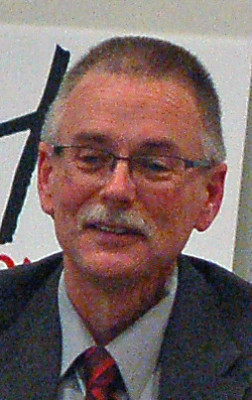 “Relief, I guess, is probably the best word for how I feel,” Birmingham said the day after the election. “It was a long campaign. It ended up being pretty hard on my wife and my kids. It got pretty vicious at the end with a lot of name-calling and a lot of accusations that were made. That was tough for them. Not so much me. This was my gig from the get-go and I kind of got used to it. I hate to say that. But it was tough on them they didn’t get used to it. That’s my one regret for this.”

Even though Birmingham said he was humbled by winning by such a narrow margin, he said Tuesday’s vote is an endorsement of his administration by the people of Sturgeon Bay.

The seeds of dissatisfaction with the city’s political leadership really began in November 2014 when plans were revealed for a private hotel development in the city’s Westside Waterfront Redevelopment project.

“Unfortunately, I think this ended up being a one-issue election where a lot of the focus was on the Westside redevelopment, and then, of course, that was spun into a transparency issue and underhanded dealings, and accusations that people were getting special deals and favors,” Birmingham said. “That’s unfortunate because the city didn’t do anything different in this particular case than it did in all the other situations where we had an opportunity to grow our city. What we did this time around is the same as we’ve always done, even before I was mayor. I didn’t invent this stuff.”

In short, Birmingham said, he believes voters recognize the city has a strong team in place.

“It’s a comprehensive team and a very good team. I think the people in Sturgeon Bay realize that,” he said. “Having said that, I’m not living in a vacuum. Clearly, and I’ve got to process some of this stuff, there are things I think we could do better, things that I could do better. We’ll be implementing some of those things. A couple months ago I first brought up the issue of a city newsletter, getting that out there. The city needs to promote itself more. I don’t think we do that. It’s pretty clear that the residents aren’t going to do it for us. If you look at the acrimony, it’s going to be just the opposite. So we’re going to have to take the initiative and make sure we tell the story. We have the facts, that’s one thing. Maybe at the council meetings, explaining the agenda items a little bit before I ask for a motion. Maybe that’s something I can do.

“I’m sure there will be other things as I have a chance to reflect back on some of the things that have happened in the last months,” Birmingham continued. “I think overall the city is going to keep moving in the direction it’s been moving. We’ll continue to stay positive and talk about growth, talk about jobs, talk about assessed value and infrastructure, protecting our water, all of the things I’ve been doing for the last six years.”