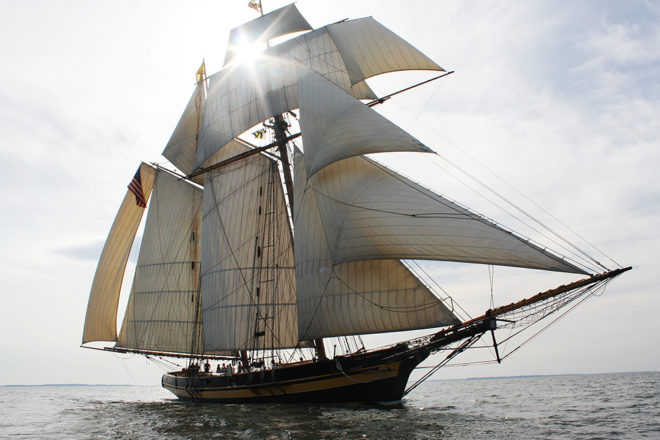 Bluenose II is an international sailing ambassador home-ported in Lunenburg, Nova Scotia, that promotes the history and legacy of Bluenose and Bluenose II and teaches seamanship and life skills to young Canadians.

Utopia is a 77-foot staysail schooner – designed by the late Fred J. Peterson and built by Peterson Builders – whose maiden sea voyage in 1947 took the vessel to the North Atlantic, Mediterranean Sea and Caribbean Islands.PMI Entertainment Group and Nicolet National Bank are collaborating to produce the Tall Ships events, which include the Parade of Sail and festival in Green Bay July 26-28, a sail through Sturgeon Bay July 29 and a sail past Algoma on July 30.