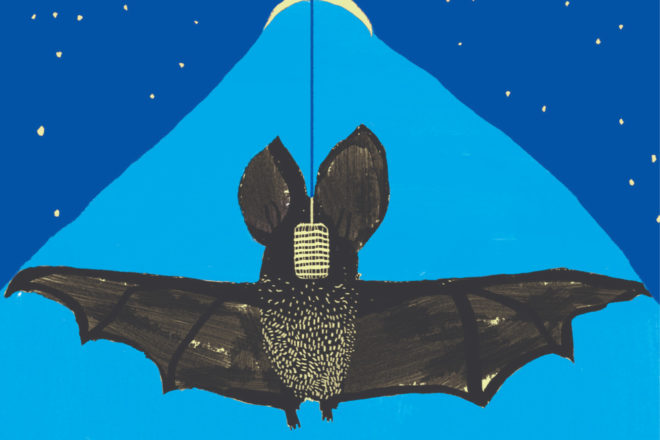 Birds sing; mockingbirds, sandhills and robins sing…a bird as doesn’t sing is risking excommunication. Wrens sing ceaselessly…a friend with a famous jungle experience relates how the chatter of a house wren reminds him of an AK-47. Same tinny, toy-like staccato, if not quite so lethal. The sound of wrens, he says, haunts him.

Birds sing, frogs sing, dolphins sing, whales sing, porpoises sing, humans sing. Any alien civilization within a hundred light years already knows this, 500 trillion miles give or take, and that the radius. They know us by our songs, punctuated by weather reports and a thing called the Dow. Any decent civilization will understand.

Mostly they will know us by our songs, and most of those songs are about love. Seems we never outgrow our need for courtship, companions, intimacy, if occasionally we do sing about horses, tractors, pickup trucks, murder (reference Frankie and Johnny), “whisky for my men, beer for my horses,” and a short-order form of justice any Taliban would appreciate.

The Earth has a new singer, described in an article in Science by Virginia Morell. Sometime in 1974 Jack Brady of Cornell and Louise Emmons of the Smithsonian were hanging around Trinidad recording bird songs and stumbled accidentally on an unknown song source. Turns out the song was bats. Bats are famously the Silent-Sams of nature, purveyors of “invisible noise,” using echolocation but otherwise silent. Turns out some bats “sing like birds.” A song repertoire with a surprising broad vocabulary coming from a source heretofore not known for song.

To date there are 1,116 species of bats, 20 now known to be singers. That bats sing goes against our collective mood about bats, those creepy creatures most people don’t find cuddly. Except for Mickey Mouse and Mighty Mouse, people don’t care for flying mice, besides which they are “blind as bats.” Beyond is the vampire connection, nobody ever thought Boris Karloff was cuddly either.

Since the 1974 discovery, ecologists world-wide have been researching bats, their music making and the question it raises. Why do so many of earth’s creatures sing and what’s this have to do with human beings and why we sing? It is known we share a genetic marker with birds, specifically the FOXP2 gene connected to vocal learning. Perhaps related to the number of times we have to be told a phone number before we remember it. Apparently I don’t have an FOXP2 gene. Then that simple question, why do we sing? Why do people everywhere sing?  Why do birds, animals, whales sing? Why is there an Elvis, a Willie Nelson, why the Beatles, Haydn, Beethoven, Sibelius, Wagner, the Rolling Stones, the Spice Girls? Why make music? Is singing so genetic? Is singing a life force? Is the banjo, the bagpipe, the tuba somehow programmed into us? It does seem like every reed, hollow tube, whistle, string, drum, hammer, basswood log, barbed wire fence, has been turned into some kind of musical attempt. Les Paul electrified a saw log and it proved surprisingly fertile. Maybe by understanding why bats sing, we can understand ourselves.

What is known about bat song is it is more complex than bird hymns, the difference, without being too nasty about it, is between a bird brain and a mammal brain. Bat song combines multiple syllables, complex phrasing and are not so repetitive. Listen to any radio, any musical form, note how much repetition is involved in song-making. Whether popular music or classical, most music returns to a repetitive phrase, uses nonsense sounds, adds a doowop, emotive non-words. Chorus lines repeat and repeat and repeat. Hitler also did this. Rush Limbaugh does this, reinforce the theme…brainwash. Bat song is smarter than that, it doesn’t revert to the chorus so often.

Most amazing is it has been discovered that some bats sing for the hell of it, not for mating, not bravado, not even territory…just for the joy of singing. Not bad for a bat.