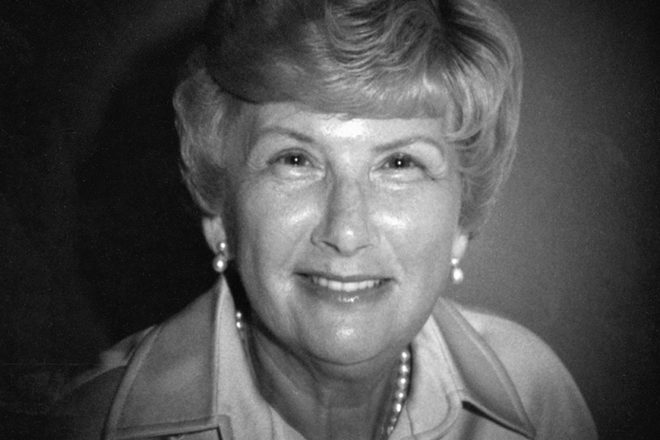 Peacefully died in her 99th year, on February 11, 2021, just in time to spend Valentine’s Day in Heaven with her beloved husband Robert, who preceded her in 2013.

Norma was born in Husqvarna, Sweden, the only child of Oscar and Lydia Bjorkman. She grew up on Chicago’s South Side, graduating from Calumet High School in 1940. Norma was a gifted pianist, which talent she cheerfully offered to her local church while otherwise pursuing her career. But in 1941 she met Robert Thorne, who became the love of her life, and they married in 1944 while Bob was serving with the Army Air Corps. Their firstborn, Roger, arrived the following year, followed by Richard and Deborah.

In 1954 they moved from Chicago to settle in its suburbs, first in Wheaton and, in 1978, in Hinsdale. During those years, in addition to being a great mother, she was vitally active in leadership responsibilities at the Wheaton Evangelical Free Church, and later Christ Church of Oakbrook.

Norma and Bob relocated to Naples, FL in 1988, and moved to Moorings Park in 2004. They both became active in ministries at Moorings Presbyterian Church. At the time of Bob’s passing, they were sharing their 70th year of marriage.

They purchased their first home in Ephraim in 1970, and for the next 40 years would always anticipate another summer in No. Door County until health issues finally prevented their return in 2010. During each summer visit Norma and Bob were very involved at the Sister Bay Baptist Church.

Her son Roger described Norma as “a woman of compassion, competence and tremendous energy. Her Christian faith defined her life and work. Those around her always knew they could always trust and depend upon Norma Thorne. As a musician she was always learning. And as a hostess, she was unsurpassed at making everyone feel welcome.”

Besides her children Roger, Richard, and Deborah, she is survived by five grandchildren and ten great-grandchildren.

A private Interment Service will be held on March 4 at the Moorings Presbyterian Church, in Naples, Florida. Donations in Norma’s memory would be appreciated to either Sister Bay Baptist Church, or the Alzheimer’s Association. A Celebration of Life will be planned in Naples for later this year.