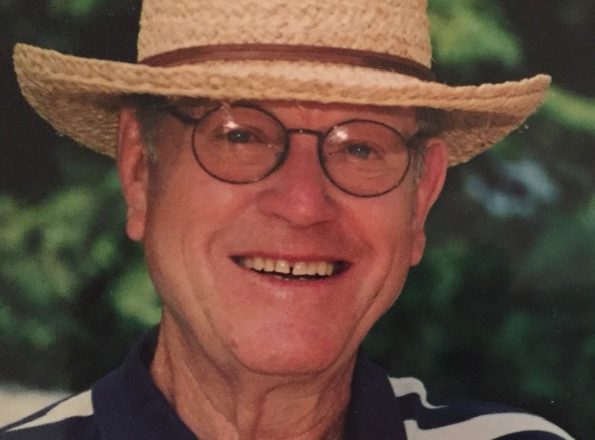 Orren J. Bradley, known affectionately to many as Brad, died on September 23, 2020 at the age of 95 and 8 months. Brad, loving husband to Marilyn Bradley, was born to Ora and Clara Bradley in Pueblo, CO on January 24, 1925 and raised in Tucumcari, NM.  He was a devoted husband, brother, father, grandfather, and great-grandfather.

Brad served as a Naval Officer during World War II. Shortly after graduating from Harvard Business School in 1949, Brad began his career working for Federated Department Stores becoming CEO of the Boston Store in Milwaukee, WI. It was in Milwaukee that Brad and Marilyn raised their four children after moving from Houston, TX in the Summer of 1968. They were fortunate to spend over 30 wonderful years together in Egg Harbor during retirement.

Brad will forever be remembered in Milwaukee for his tireless commitment to the arts and community service organizations.  Brad served on the boards of the Milwaukee Symphony Orchestra, the Milwaukee Ballet, Columbia Hospital and the Milwaukee Foundation.  He continued his support of the arts in Door County. Brad and Marilyn were avid art collectors and their donated folk art collections can be viewed in the Milwaukee Art Museum, Kohler Art Museum and the Smithsonian Museum of American Art in Washington DC.

Brad loved many things, but more than anything he adored his wife Marilyn. Tennis was his lifelong passion, you’d always find Brad on the tennis courts if he wasn’t home gardening, boating out on Lake Michigan, taking ski trips with his family or driving around Egg Harbor in his pride and joy 1951 blue Chevy pick-up truck.

The family will hold a small, private service this fall in Peninsula State Park where he will be buried and a celebration of Brad’s life will be held next summer in Egg Harbor.

Cards and condolences can be sent to:

St. John’s on the Lake

In lieu of flowers, donations can be made to: