by Jim Honig, Pastor, Shepherd of the Bay Lutheran Church

A few weeks ago, I picked up one of my parishioners at his house to accompany him on a visit to his wife in a care center so he could properly introduce her to the new pastor. He’s lived nearly 30 years as a retiree in Door County and knows his way around pretty well, I’ve discovered.

As he stepped into the passenger seat and got situated, I apologized in advance. “You’re going to hear a rattle in the exhaust system. I’m sorry for it. It will probably drive you nuts; I know it does me, but it started a few days ago, and I haven’t had a chance to get it fixed.”

We drove down his long driveway and onto the paved road. “Yup. There it is. I can hear it,” he said. “You should take it in to see Kenny. He runs the gas station in Ellison Bay. When you pull in to Kenny’s, he comes out and pumps the gas for you, washes your windshield, and even checks your oil if you ask.”

“And he does car repair?” 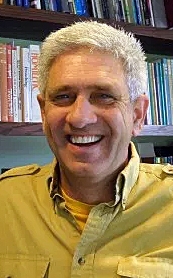 “Sure. It’s a good place to get your oil changed.”

An hour later, we were on our way back home. As we approached Ellison Bay, he said, “Why don’t you stop in and see if Kenny can take a look at it?”

“Right now? Without an appointment?”

We pulled in to the 1960s-style gas station with two pumps outside and the black rubber hoses on the pavement that make a “ding-ding” when you drive over them. Kenny looked up from his chair inside the large plate glass window.

I walked inside. “I’m Jim. I’m the new pastor at Shepherd of the Bay.”

“Ah. I heard they finally got one.”

“I have a rattle in my exhaust system and my friend here thought you might be able to take a look at it.”

He drove the car into the service bay and put it up on one of the old-fashioned lifts that I haven’t seen since I was a kid. From the lobby area, I could hear him as he walked around banging on the exhaust system with his leather-gloved fist, talking to himself all the way. “Nothing here. It’s gotta be a heat shield. Nothing here.” Before long his banging reproduced the annoying rattle.

“Come on out here,” he yelled.

I pushed through the wood framed screen door from the counter area to the garage and stood under my car next to Kenny. “See this here heat shield? It’s loose. I can’t really take it off. These bolts are all rusted. Not sure what I can do.” As he talked, he began to poke a big screwdriver in the seam between the top and bottom of the heat shield prying things back and forth. Then he stuck the screwdriver in his pocket and started banging again; the rattle was gone. “There. I think that might be better.”

I walked back inside and waited for Kenny to lower my car and back it out of the bay.

Back inside behind the cash register, he said, “I’m going to have to charge you $10 for that.” I couldn’t tell whether he was apologizing for charging me or was afraid I was going to put up a fuss about $10. I was happy to pay that sum and was trying to figure out a way to tell him I’d be happy to pay more. But we left it at that.

Contrast that with an experience I had at a dealer several years ago. I hadn’t had the car very long and the “Check Engine” light came on. The car didn’t seem to be running poorly, so I was tempted to ignore it. But I also worried that to do so might be foolhardy. Plus, when the “Check Engine” light is on, the cruise control is automatically deactivated. So, I took it in. They hooked it up to their diagnostic computer. Within five minutes, the technician came back and said, “The good news is that there isn’t anything wrong with your car.” Then he walked me around to the rear passenger side of the car where the access door to the gas tank was open. He took the gas cap in his hand and screwed it on, and with a little drama, tightened the gas cap. “Your gas cap wasn’t tight. It lets too much oxygen in. Just make sure that whenever you get gas, you turn the lid on tight.” And the bill was $125. For five minutes. No work, no repair except to tighten the gas cap. Their policy was that whenever they had to hook the car up to the diagnostic machine, the minimum charge was $125. (I since learned that there are many places that will do that for no charge.) I tried to complain (to no avail) that the charge was outlandish and unreasonable.

“I’m sorry sir, but this is our company policy.” That was the last time I went to that dealer. It was clear to me that they weren’t interested in a relationship with me as a customer other than a purely economic transaction in which they could enact their policies to insure a profitable bottom line.

I don’t even know exactly why I’m writing this except to lament the loss of a time when an economic transaction often was more than that. It was also embedded in a personal, human-to-human relationship.

The globalization of the economy has clearly brought benefits to millions of people. It has provided access to low-cost goods from around the world. It has made some Americans more aware of people of different cultures and has for them fostered a sense of the common humanity across cultural divides. It has provided developing countries with access to capital that has increased production and provided jobs.

It has not, however, been a universal benefit. To a large degree, the loss of well-paying manufacturing jobs in the U.S. can be traced to companies moving their factories to locations around the globe where the cost of labor is much lower. And while it has provided jobs in those countries, the lack of regulation has made possible deplorable working conditions and wages that do not allow the workers to really move out of subsistence living.

But we’ve lost something more subtle, more fundamental, more valuable. We’ve lost that mediating human presence between me as a consumer and the large corporation with whom I am forced to do business. Kenny doesn’t refine the oil that he pumps as gasoline into his customers’ cars, but he is a real person who is a comforting and knowledgeable middleman between big oil and me. Kenny wasn’t afraid to tell me that he thinks my clutch is adjusted a little too close to the floor. I appreciate that. How else would I know?

I know we can’t and won’t go back to the way things used to be. In spite of the promise of politicians that they will bring back American manufacturing jobs, that isn’t going to happen.

We’re way beyond that.

But I wonder if we can look for places to embed economic transactions within a relationship.

When it’s possible to have some kind of human-to-human relationship with the person with whom I am making an economic transaction, doing business is for more than making a profit.

There’s nothing wrong with making a profit. A person in business should be able to earn a living, even a comfortable living, for their work. But when there is a relationship, it is more than an economic transaction. It is an expression of community. And at least in the way I understand things, we were created to be in community.

There’s a movement to buy local, a movement that I wholeheartedly support. The thought behind it is to keep money in the local economy and provide jobs for local people. For me, it goes deeper than that. Making an economic transaction with someone with whom I have a relationship strengthens the essential fabric of community. Relationships, far more than transactions, build, maintain and strengthen the places we live and make them into good, thriving communities. Good, thriving community is good for all of us.