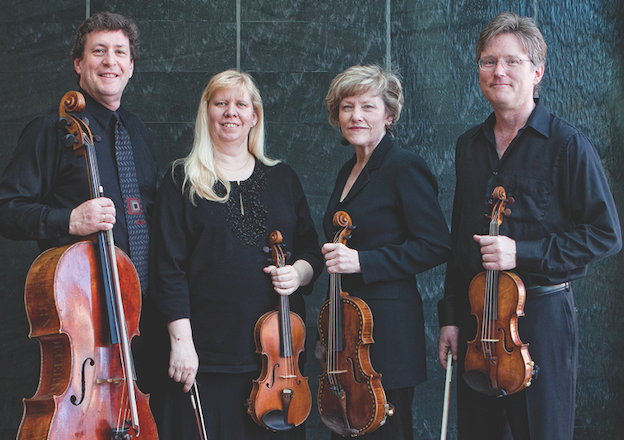 Hailed by the San Francisco Chronicle as “one of the greatest quartets of our time,” the Pro Arte Quartet will perform an all-Beethoven program during a Midsummer’s Music concert Sept. 15, 3 pm, at the Kress Pavilion in Egg Harbor. The quartet comprises internationally acclaimed violinists David Perry and Suzanne Beia, violist Sally Chisholm, and violoncellist Parry Karp.

The Pro Arte Quartet is believed to be the world’s oldest continuously performing string quartet and the first to enjoy university ensemble-in-residence status. Founded in 1912, it served as the court quartet to Queen Elizabeth of Belgium. It was performing at the University of Wisconsin’s Union Theater in Madison on May 10, 1940, when Belgium was overrun and occupied by Nazi forces, turning three of its original four musicians into war orphans. By October of that year, the group had officially become the UW’s Pro Arte Quartet.

Tickets are $29 per adult, $10 per student and free for children 12 and younger. They include a post-concert reception. Order tickets at midsummersmusic.com or by calling 920.854.7088.