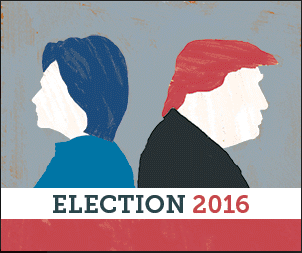 Like most of the country, Door County and Wisconsin were seeing red on Election Day 2016. Republicans won across the board in Door County, from presidential candidate Donald Trump to incumbent state Assemblyman Joel Kitchens.

“It’s very gratifying. It’s been such an honor to serve this community and it feels great that they are going to allow me to continue,” said Kitchens, the Sturgeon Bay large animal veterinarian who was first sent to the state Assembly in 2014 and will return with a commanding win over his opponent Kewaunee County farmer and environmentalist Lynn Utesch.

“I’m proud of what I got done in the last session, but I’ve learned a lot and I’m going to hit the ground running,” Kitchens said after learning he had won the race. “There are things we’re working on right now that I want to continue. I’ll pick right up. It feels great.”

In the race for the 8th District Congressional seat, the Republican National Committee’s advertising campaign against Democrat Tom Nelson worked for Republican candidate Mike Gallagher, who took 63 percent of the vote.

“I am deeply humbled by the faith and trust the voters have placed in me, and in the months ahead I hope to continue to earn that faith and trust every single day by representing the hard-working families of Northeast Wisconsin with honor and integrity,” Gallagher said in a release.

Republicans also won the presidential election in Door County, with 8,584 votes for Trump to 8,026 for Clinton.