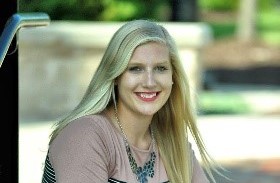 Alexis Wery, daughter of Ryan and Jodi Wery, is Southern Door High School’s valedictorian. During her time at Southern Door, she has enjoyed participating in athletics and has been on the high honor roll every semester. She has been a member of the Math Team for four years, was its co-captain this year and has participated in the statewide Youth in Government program. Outside of school, Wery volunteers with numerous organizations and has developed a passion for helping others. Though she is still undecided about where to attend college, she plans to major in genetics and one day conduct cancer research with a degree in pathology.

Regan Norton, daughter of Jason and Marissa Norton, is Southern Door High School’s salutatorian. She has been on the high honor roll every semester, has participated in volleyball and softball for four years and played basketball for three. She is a member of Big Brothers Big Sisters and SHIELD, has participated in Youth in Government for three years and is president of the National Honor Society. Outside of school, Norton is active in 4-H, serves on a teen council for Write On, Door County, and works at Bluefront Cafe. She is undecided about which university to attend, but she plans to study political science and Spanish.