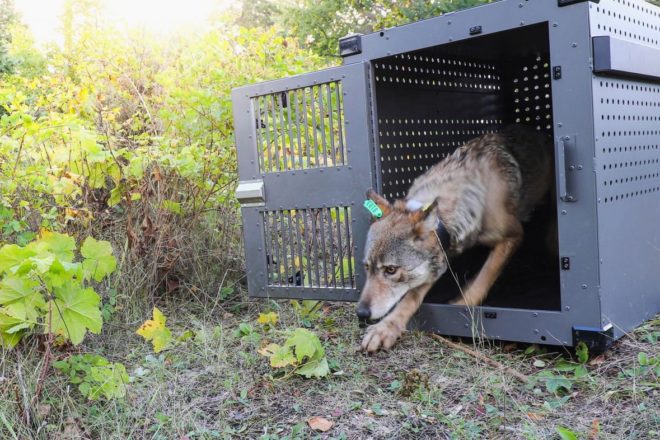 This Sept. 26 photo provided by the National Park Service shows a 4-year-old female gray wolf emerging from her cage at Isle Royale National Park in Michigan.

Gov. Scott Walker has said repeatedly that something like the state’s deal with Foxconn doesn’t come around very often. His proclamation of the deal as a “once-in-a-lifetime” opportunity for the state rang out in a number of public speeches in 2017. But Foxconn’s status as a “once-in-a-lifetime” deal didn’t last very long. It was only about six months later that the governor decided to pull out the Foxconn playbook in an attempt to keep consumer products company Kimberly-Clark Corp. from closing two plants in Wisconsin.

Walker insisted “Foxconn-style” deals wouldn’t become his go-to economic strategy in the future, despite what it may look like. Kimberly-Clark, he said, is special. Like Foxconn.

But Timothy Bartik, a senior economist at the W.E. Upjohn Institute for Employment Research, said the governor might have trouble being as selective as he wants to be with incentive deals in the future, now that he’s set a precedent. Bartik said incentives “are like potato chips.”

“When it comes to incentives, you can’t hand out just one,” he said.

Bartik has studied tax incentive packages all over the country. He said Foxconn got 10 times the incentives businesses usually get.

Bartik said Wisconsin doesn’t have enough money to keep handing out deals like the one offered to and accepted by Foxconn. He said the state needs to be very picky about who qualifies for incentives in the future.

“We are going to move away from the idea that we need to somehow throw a Hail Mary pass every four years in order to make the economy grow in the state of Wisconsin,” Evers told reporters after his annual State of Education address.

“Economic development in the state of Wisconsin should be a 72-county solution, not southeast Wisconsin versus the rest of the state,” he said.

Farmers Weigh In on NAFTA Replacement

No longer called NAFTA, the new United States-Mexico-Canada Agreement, or USMCA, was announced Sunday night. In the treaty Canada agreed to end its Class 7 milk price, a category that allowed Canadian producers to sell certain milk ingredients below the price charged by U.S. producers. Some American dairy groups say the policy has undercut U.S. producers hoping to export to Canada and other countries.

“We’ve been looking for some good news for quite some time in the trade department for agriculture. And this agreement appears to have some positive things in it,” said Jim Holte, president of the Wisconsin Farm Bureau Federation.

Canada has also agreed to allow more U.S. products into their dairy market, which is controlled by a national quota system.

But not all farm groups are happy with the NAFTA replacement. Kara O’Connor, government relations director for the Wisconsin Farmers Union, said the small wins in Canada won’t fix the underlying problem in the American dairy industry.

“The best estimate that we have now is that the additional sales that the U.S. will be able to send into Canada will equal less than 2 percent of total U.S. sales by value of dairy products,” O’Connor said.

O’Connor said the U.S. needs an incentive for individual farmers not to overproduce, much like Canada’s quota system.

O’Connor said these issues could be addressed by Congress before it approves the trade agreement.

Marijuana on Referendum in 16 Counties, 2 Cities

Marijuana legalization supporters in Wisconsin say momentum is on their side, but local government leaders who are trying to gauge public opinion on the issue are saying legalization will likely be slow.

The Southeastern Wisconsin chapter of the National Organization for the Reform of Marijuana Laws, or NORML, released results this week of a legislative candidate questionnaire which shows more than 50 candidates for the Legislature support either medical or recreational marijuana legalization or both. Forty-three candidates support pardons for marijuana convictions. A majority of candidates for legislative office didn’t respond to the survey.

On the Nov. 6 ballot, 16 Wisconsin counties and two cities are asking a variety of questions about the legalization of marijuana in advisory referendums.

“The issue of marijuana is not just a Wisconsin issue. The trend nationwide is clearly toward legalization. I think we may be a little more behind than out front,” said Wisconsin Counties Association Executive Director Mark O’Connell. 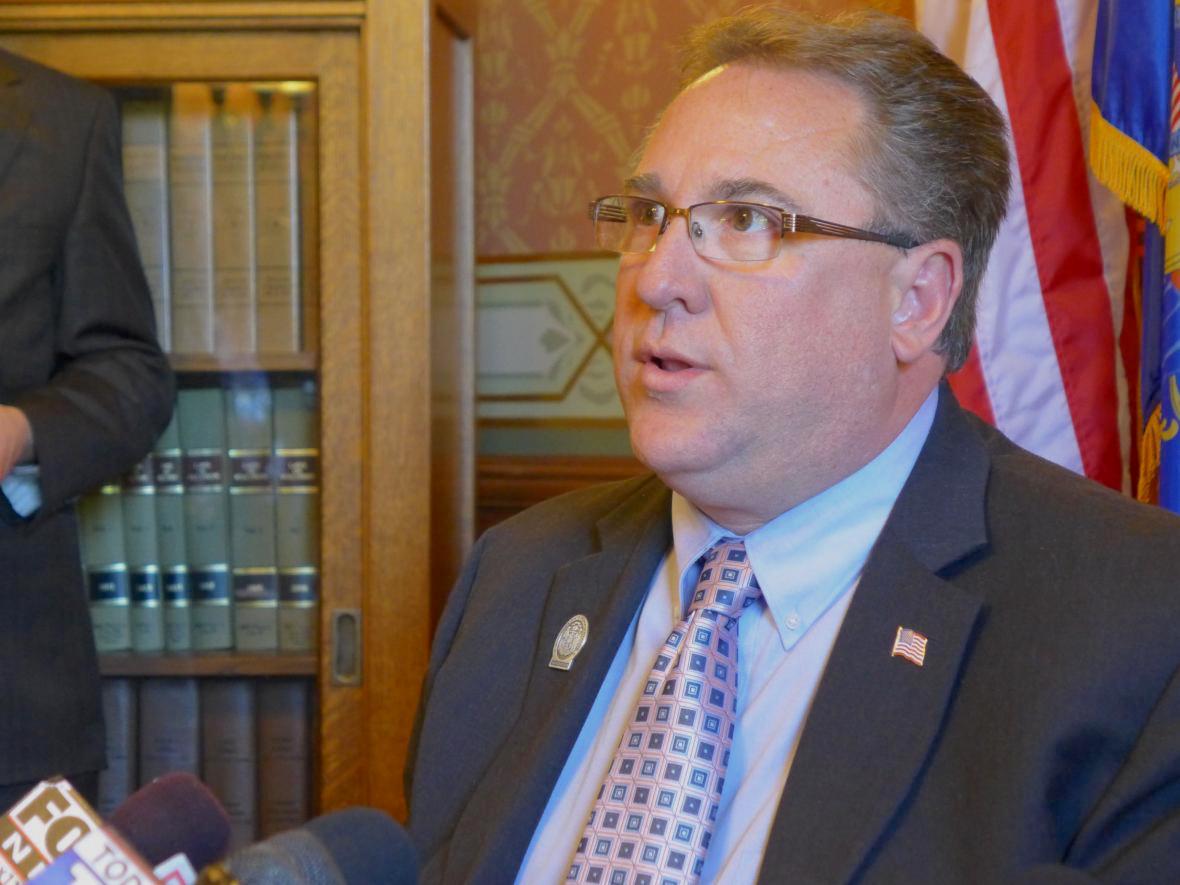 Rep. Rob Brooks, R-Saukville, has admitted to making “stupid” comments while drinking at a Republican caucus in Wisconsin Dells. Photo by Shawn Johnson/WPR.

Gov. Scott Walker called on a Republican state lawmaker to resign after news surfaced that he made racial and sexual remarks to three female colleagues in the state Legislature.

The Milwaukee Journal Sentinel first reported Rep. Rob Brooks, R-Saukville, made a racial remark to Rep. Jessie Rodriguez, R-Oak Creek, during an Assembly Republican event in the Wisconsin Dells. Rodriguez is the only Hispanic member of the GOP caucus.

The Journal Sentinel reported Brooks, who had been drinking, said he was buying drinks for everyone “except Jessie because she’s Hispanic.” Brooks proceeded to purchase drinks for several Republicans, but Rodriguez was not among them.

Brooks also made sexual comments to Rep. Cindi Duchow, R-Delafield, and Rep. Amy Loudenbeck, R-Clinton, though it is not known exactly what he said. The three legislators reported his remarks to the assembly chief clerk, and Brooks later apologized.

“Representative Brooks’ comments are offensive and disrespectful,” Walker said in a tweet. “They have no place in our society and are inconsistent with the high standards that must be held by those in public office. He should resign from office, period.”

Democrats suggested Walker was being inconsistent during an election year when he is seeking votes for a third term in office, noting the governor’s continued support of President Donald Trump and U.S. Supreme Court nominee Brett Kavanaugh.

Officials have relocated two gray wolves from the mainland to Isle Royale National Park, kicking off a multiyear effort to restore the predator species on the Lake Superior island chain.

The National Park Service says a four-year-old female and a five-year-old male were flown to the park Wednesday from the Grand Portage Indian Reservation in Minnesota.

They were released separately in locations away from the territory of the other two wolves already living on the island.

The park service says the female quickly left her crate and began exploring her new home. The male did likewise after dark.

Plans call for moving four additional wolves to the park this fall, building to 20 to 30 over the next few years.