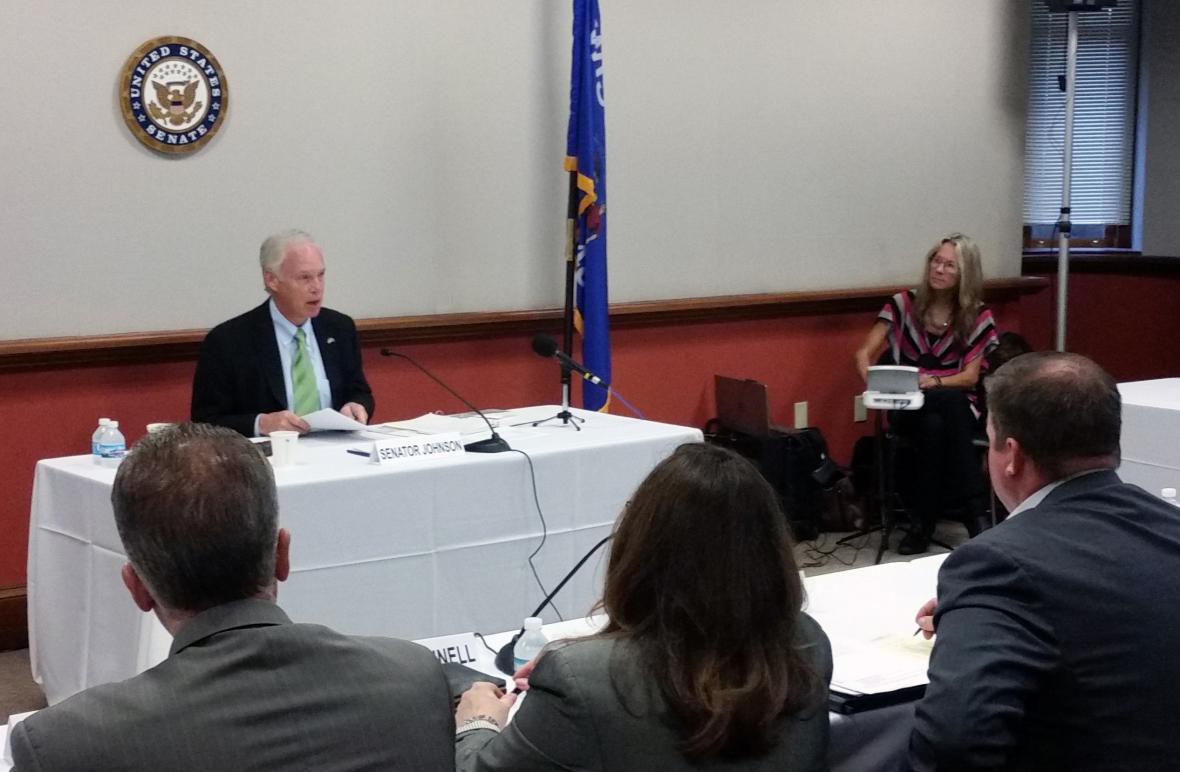 U.S. Sen. Ron Johnson heard concerns from representatives of 16 Wisconsin companies Monday about President Donald Trump’s trade policies. Johnson, a Republican critic of the tariffs the Trump administration has placed on imported steel and aluminum, and a variety of Chinese-made products, invited the firms to a roundtable discussion in Milwaukee.

Executives representing manufacturers, metal-stamping firms, packaging companies, large food processors and growers spent about 90 minutes discussing how the Trump-imposed tariffs and retaliatory tariffs placed on U.S. goods by other nations have increased costs to their businesses, limited sales and could potentially do long-term damage to their firms.

Brad Kremer, who runs Hillcrest Family Farms in Pittsville, attended the roundtable. His main crops are soybeans and corn. Kremer told Johnson that due to China responding to Trump-ordered tariffs on Chinese goods and shying away from U.S.-grown soybeans, there’s now an oversupply for the rest of the soybean market.

Kremer also said U.S. tariffs on imported metals are driving up the prices of new farm equipment. “Farmers aren’t going to buy this year. Our checkbooks are closed,” Kremer said, lamenting that he’s concerned about the future of family farms. 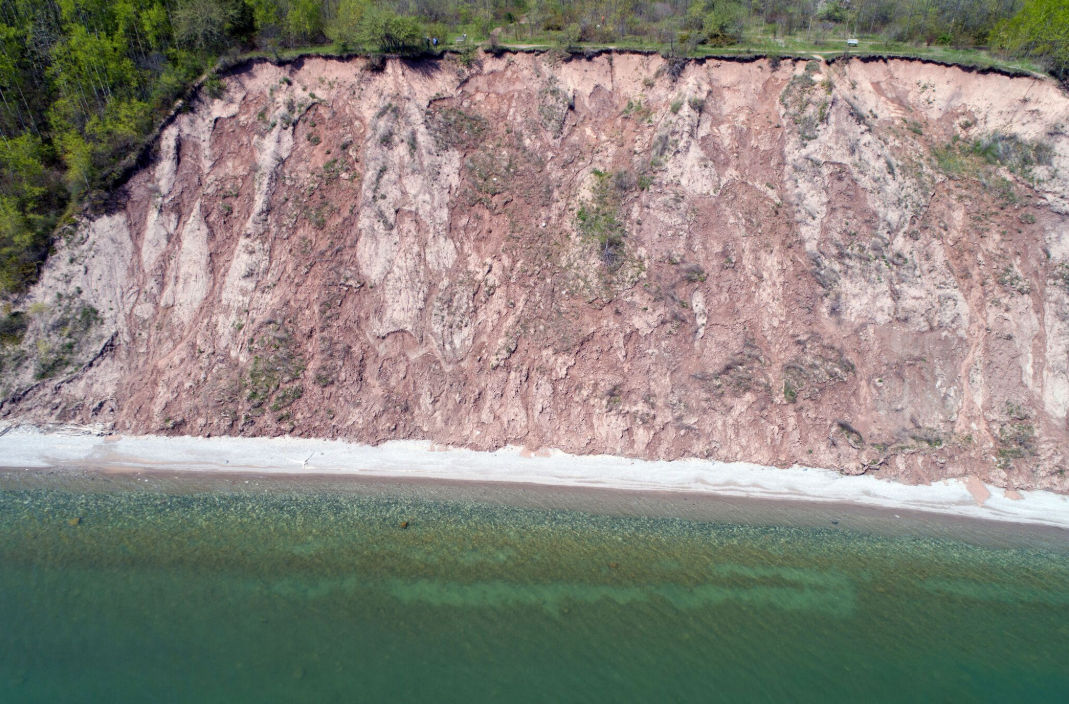 A large bluff is failing at Lion’s Den Gorge Nature Preserve in Ozaukee County due to higher water levels on Lake Michigan. Photo courtesy of Luke Zoet of University of Wisconsin-Madison.

High water levels on Lake Superior and Lake Michigan in recent years have been spelling trouble for some shoreline communities. The increase in lake levels has caused beaches to erode and threatened roads and properties near lakefronts.

On Lake Michigan, the recent rise in water levels has prompted a study to examine coastal erosion of bluffs. Researchers there are using instruments to monitor bluffs along the coastline in Mount Pleasant and Ozaukee County with the hopes of pinpointing areas most prone to landslides from instability due to erosion.

Walker requested the assessments for Ashland, Bayfield, Burnett, Douglas, Iron, Clark and Pepin counties. Douglas County sustained the most damage at around $5.2 million. Douglas County Emergency Management Director Keith Kesler said many roads have been repaired so they’re at least passable, but some remain closed.

“I’ll say about 25 percent that are closed, waiting for contractors, waiting for money, hoping that FEMA will come and help pay because some of the cost of these repairs exceed the entire budget for some of these townships,” said Kesler.

Appeals Court Judge Lisa Neubauer launched a campaign last week for the Wisconsin Supreme Court. Neubauer is the first candidate to announce a bid to replace outgoing Justice Shirley Abrahamson. Abrahamson announced in May she wouldn’t seek another 10-year term on the court. Abrahamson, 84, was the first woman to sit on the court and has served there for more than 40 years.

Neubauer has been the chief judge of the Wisconsin Court of Appeals since 2015.

Though seats on the Supreme Court are officially nonpartisan, races for a spot on the bench have become increasingly political in recent years. Neubauer said she won’t identify with a party, because special interests have made Supreme Court races into a “partisan playground.”

“I think it’s a travesty and I think the people of Wisconsin are sick of it, too,” she said. “We need to make sure that our judges and our judiciary is an independent third branch – fair, impartial and unbiased.”

Neubauer was appointed to the court in 2007 by former Democratic Gov. Jim Doyle. Her daughter, Greta Neubauer, is a Democratic state representative from Racine.

According to The Williams Institute – a public policy research institute based at UCLA – conversion therapy is a treatment based on the belief that being LGBTQ is abnormal, and aims to change the sexual orientation, gender identity or expression of those who identify as LGBTQ. It isn’t backed by either the scientific or health care community.

Madison joins Milwaukee as the second city in the state to ban the practice. The Milwaukee Common Council voted on March 27 to ban conversion therapy.

This is a particularly bad summer for mosquitoes in Wisconsin, because many of the insects survived over the winter. The mosquitoes were helped by relatively mild temperatures and significant snow cover, according to Jamee Hubbard, an associate professor of biology at the University of Wisconsin-Stevens Point

“We had a lot of snow melt in the spring, and this created lots of pools of water that hung around for quite a bit of time,” Hubbard said. “We had an immediate warm-up, and when it’s warm out the mosquitoes will start to reproduce faster, their lifecycle goes faster, and you get more of them.”

Hubbard said in late summer there could be an uptick in mosquito borne illnesses such as West Nile virus, Jamestown Canyon virus and Eastern equine encephalitis.