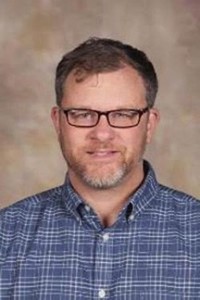 Barry Mellen is not new to awards and honors. The Sturgeon Bay High School history teacher has been selected to the College Board’s Advanced Placement U.S. History reading and scoring group in six consecutive years. He has earned scholarships to further his education in areas such as military history. Now, he can add one more achievement to his resume.

Mellen and seven other teachers from around the state won a fellowship through the University of Wisconsin-Madison with the Center for the Study of the American Constitution to study historical documents. The documents hail from the Articles of Confederation and the ratification process of the states.

“These are actual historical documents; letters between Jefferson and John Adams, a speech from Patrick Henry, some state arguing against attacks placed on the colonies,” said Mellen. “I’m gaining access to artifacts that I did not have access to before.”

These documents include actual correspondence regarding the controversial ratification process in some states like Massachusetts, which chose to ratify by only a 19-vote margin, and the alleged bribery of state delegates.

The fellowship will last throughout the 2015-16 academic year and by the end of it, Mellen and his fellowship colleagues will compile materials that will be used by U.S. History teachers around the world.

“It brings history alive more for the students,” said Mellen. “It’s great coming across these letters, and these speeches where you have these detailed arguments about the ratification process. History is about documents.”

Mellen looks forward to bringing what he learns back to the Sturgeon Bay classroom as he prepares to head back down to Madison in April for another meeting with the other fellows.