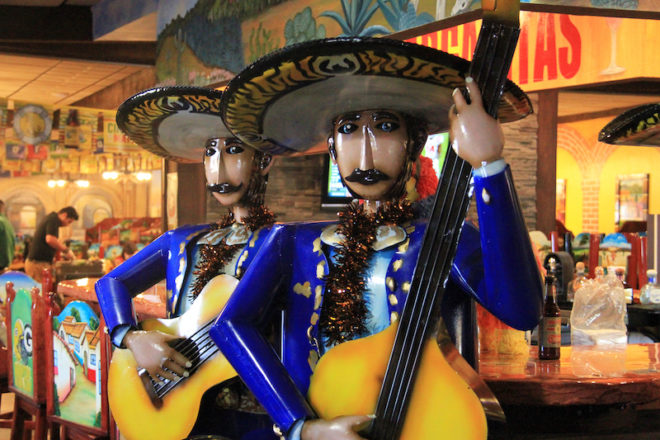 Old Mexico in Sturgeon Bay is serving up fresh and authentic Mexican food using family recipes passed down from one generation to the next. The restaurant opened at 901 Egg Harbor Road in Sturgeon Bay nearly five years ago and has since become popular for its shrimp tacos, made-from-scratch margaritas and focus on fresh ingredients.

With Cinco de Mayo celebrations coming up, I stopped for dinner to get the scoop and meet one of the owners, Aldo Rangel. Originally from Guadalajara, Mexico, Rangel has been in the restaurant industry all his life and takes pride in making all of Old Mexico’s recipes from scratch.

“There really wasn’t anyone doing what we do, making everything from scratch,” he said.

Rangel now co-owns two Old Mexico locations. The second opened in Suamico this past January, and it has been just as busy as the first. Part of the restaurants’ success is their focus on original, traditional recipes and making the dining family-friendly.

“Our menu features lots of house recipes, recipes from my mother’s home cooking and whatever else the kids like,” said Rangel. “If the kids want tacos, we want to be the place they want to come.”

A favorite offering for kids and adults alike is the tableside guacamole, created to your taste right in front of you on a rolling cart. Not wanting to miss out, I started with an order of fresh guacamole, and it may have been the best guacamole I’ve had (and I eat guacamole whenever possible). I went with all the fixings: chopped onion, fresh cilantro, jalapeños, tomatoes, lime juice and a squirt of tequila, which was something I’d never tried before. The result was a zingy, citrusy guacamole that didn’t last longer than five minutes. (It would have been less, but I needed a chip-basket refresher midway.)

For my main course, I ordered the Piña a la Parrilla, or “grilled pineapple.” It’s a delicious combination of marinated, grilled pork; sweet and juicy chunks of pineapple; slightly spicy banana-pepper rings; grilled onions; and adobo sauce. Beans, rice and chopped lettuce with tomatoes accompanied the halved pineapple, making the dish a tasty – and plentiful – combination of food.

“My mother makes the best al pastor [a taco with pork marinated in a combination of dried chilies, spices and pineapple], so I used her recipe for this dish,” Rangel said.

To quench my post-chips thirst, I ordered a cantarito. The bartender described the drink as “similar to a margarita, but with more fresh juices and slightly more tequila.” The menu lists the ingredients as orange, grapefruit and lime juice with tequila. It’s served in a clay cup called a “cántaro,” which is where it gets its name. These jugs are common in Mexico as to-go drinking vessels because they keep drinks cool even in hot temperatures.

“It’s a Mexican tradition,” Rangel said. “At any carnival in Mexico, you’ll get tequila drinks in clay cups.”

The margaritas are also a go-to, with flavors including cucumber, passion fruit and classic lime, all made in house. If you want to add a bit of novelty along with some cerveza, order your margarita “loco,” and it will come with an upside-down Coronita in it.

For the upcoming Cinco de Mayo celebration, which lands on a Sunday this year, Old Mexico has some drink specials ($5 house margaritas, $12 buckets of domestic beers, $1.99 tequila shots and $5 cantaritos) and will be hosting live music, roughly from 1 to 4 pm. Patrons can order food and drinks at the large, wrap-around bar; sit in the expansive dining room; or grab a table at the outdoor patio.

The entire restaurant has a bold, colorful atmosphere, with a landscape mural spanning the back wall, full-size statues of a mariachi band, and hand-painted booths, chairs and tables depicting traditional Old Mexico scenes. When there’s no live music, there’s a consistent, upbeat mix of Mexican music playing, urging you to do the cha-cha in your seat. After a cantarito or two, you very well might be.