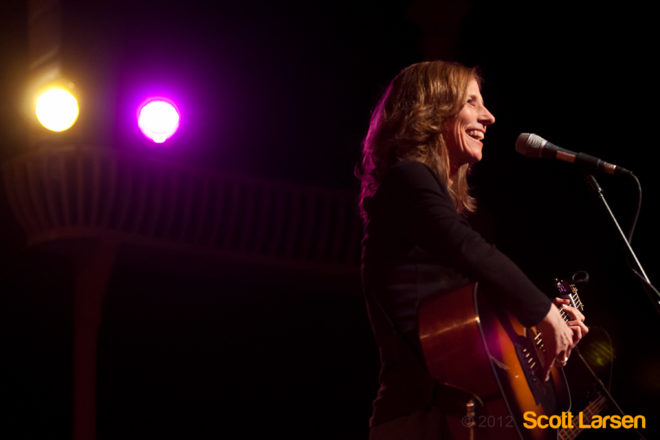 Tracy Grammer is known for her clear alto, perfectly intoned violin, and percussive yet delicate guitar playing. Grammer is also a gifted storyteller whose incantations add a rare mixture of vulnerability, intimacy, and hard-won insight to her performances. Grammer is currently on tour celebrating the release of Low Tide, her first album of original songs, and will perform at Woodwalk Gallery on July 13, 7 pm.

Grammer rose to acclaim as half of the “postmodern, mythic American folk” duo, Dave Carter & Tracy Grammer, releasing three chart-topping albums. While touring with Joan Baez in 2002 Carter suffered a fatal heart attack. Grammer kept to the road determined to honor the duo’s trajectory and bring Carter’s songs, to broader audiences. With her first solo album she is stunning the folk scene with her gorgeous songs and placing in top spots on the Folk Radio charts.