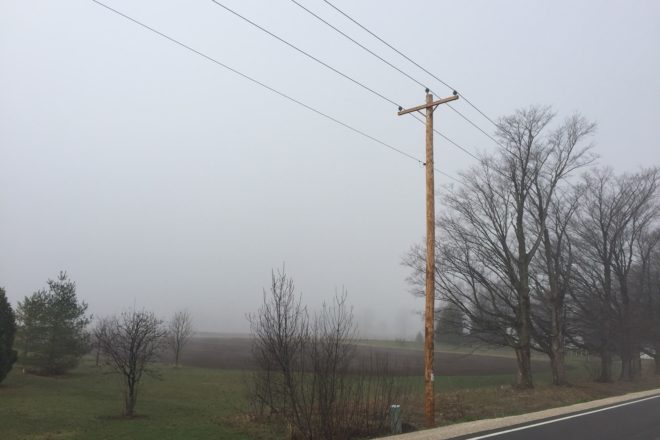 Door County has traditionally experienced some of the longest and most frequent power outages when severe weather strikes, but a multi-year infrastructure improvement plan should soon change that.

Scores of power poles were replaced throughout the middle of Door County last year as part of Wisconsin Public Service’s System Modernization and Reliability Project (SMRP). The project is a long-term effort to improve the reliability of the electrical distribution system throughout the WPS service area, including northern Door County.

Matthew Cullen, senior communications specialist with WEC Energy Group, said the project is expected to be completed in 2021. When it’s done, the region’s power grid should be much more reliable.

“We anticipate the overall reliability of our distribution system will have improved by approximately 42 percent as compared with pre-SMRP levels,” Cullen said.

Cullen said that most of the project involves replacing overhead lines with underground cable, but Door County’s geology prevented that. The rock found in much of Door County makes burying the lines difficult or impossible in all but a few areas. Where underground cable isn’t an option, WPS is replacing lines and noticeably taller powerpoles.

The new equipment and facilities installed as part of the project will allow WPS to automatically detect and isolate damaged sections of its system, reducing the scope of an outage and the number of customers who are affected, Cullen said. Installing underground cable in some areas will reduce the impact of severe weather and tree damage to the lines.

New lines, poles, and equipment will be installed in Sister Bay, Ellison Bay, and Baileys Harbor in 2018, with work completed by the fall. About 150 poles will be replaced.