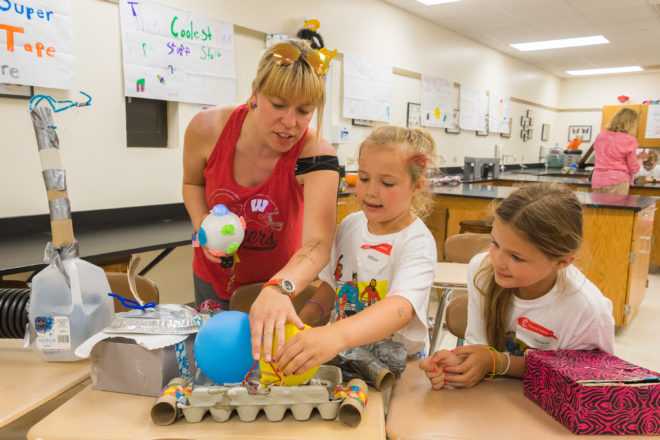 It was very tempting to touch the box with the warning in purple crayon that said if you touched it you would “get electrocuted.” It was one of many inventions on display during the Inventors Showcase at Southern Door School on June 16, the culmination of Camp Invention at the school.

Camp Invention is a nonprofit summer enrichment program that was inspired by inductees into the National Inventors Hall of Fame. Camp participants in grades kindergarten through 6th grade are tasked with taping into STEM (science, technology, engineering and math) skills to turn their thoughts into inventions. 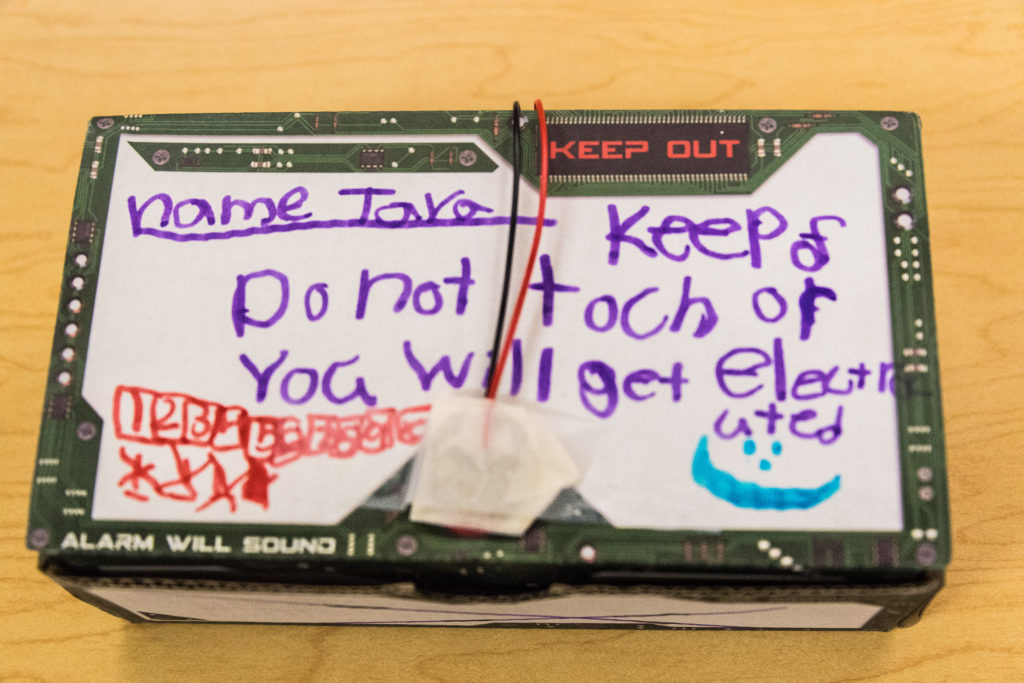 Door County Board of Supervisors member Laura Vlies Wotachek’s two daughters, Addison and Elliona, students at Sevastopol School, were attending their second Camp Invention. She said when the girls were asked what camp they wanted to attend this summer, there was no hesitation about Camp Invention.

Addison explained why: “It was very fun, making things I can actually sell.”

“Oh, so we’ll be making a business plan this weekend,” her mother joked.

Southern Door First Grade Teacher Jessica Meacham served as director of Camp Invention. Before the Inventors Showcase, in which the camp participants and their parents and siblings toured the various rooms where the inventions were displayed, Meacham warned parents that camp graduates sometimes continue their inventing at home, and suggested they keep their eye on the family toaster.

There was a great example of what she was talking about in one of the invention showcase rooms, where a table was jumbled with computer shells that had been raided for parts for the various inventions, which included what looked like a cardboard, plastic and duct-tape Starship Enterprise but turned out to be a “fireworks shooter” created by Axel Davister of Luxemburg.

Meacham said generous local and regional donations to the tune of $6,780 made the camp possible.

“Without this support, camp would have not been a reality for most of them,” she said. “Camp has played an important role in these campers’ lives as they’ve learned and practiced collaboration, teamwork and problem-solving skills.”