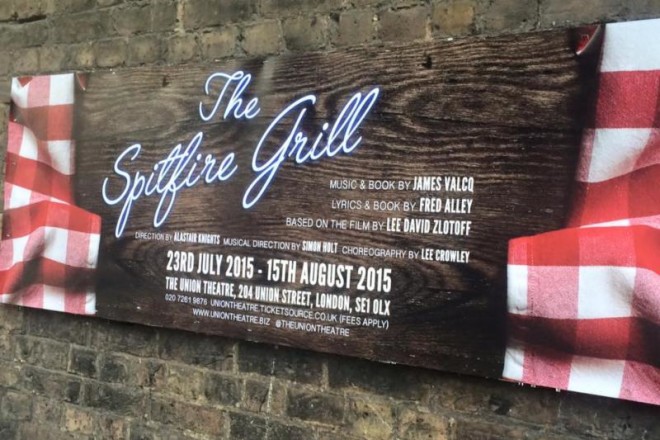 The Spitfire Grill, the 2001 musical play written by Wisconsin theater artists James Valcq (Third Avenue Playhouse’s co-artistic director) and Fred Alley, enjoyed its London premiere this past summer in a high-profile and extremely well-received production directed by Alastair Knights at the Union Theatre. The show was recently acclaimed as Best New Production of a Musical (Fringe/Regions) in the Broadway World UK Awards.

Since its premiere at New York’s Playwrights Horizons, The Spitfire Grill has been produced more than 500 times, not only all across the U.S. but also in Canada, Japan, South Korea, Germany, Australia and Singapore. It has performed in four different languages by groups ranging from high schools to prestigious regional theaters.

Also in November, one of the stars of the original cast, Liz Callaway, released a compilation album titled The Essential Liz Callaway, which (among selections by Stephen Sondheim, Frank Loesser, Andrew Lloyd Webber, and Richard Rodgers) includes the song “When Hope Goes” from The Spitfire Grill.

A great deal of this internationally successful musical was written in Door County, specifically on Triangle Road (where Fred Alley resided) and on the beach in Baileys Harbor. Fred Alley died unexpectedly of an undiagnosed heart condition shortly before the show’s off-Broadway production. After working on and off Broadway for two decades, James Valcq has been the co-artistic director of Third Avenue Playhouse in Sturgeon Bay since 2011.