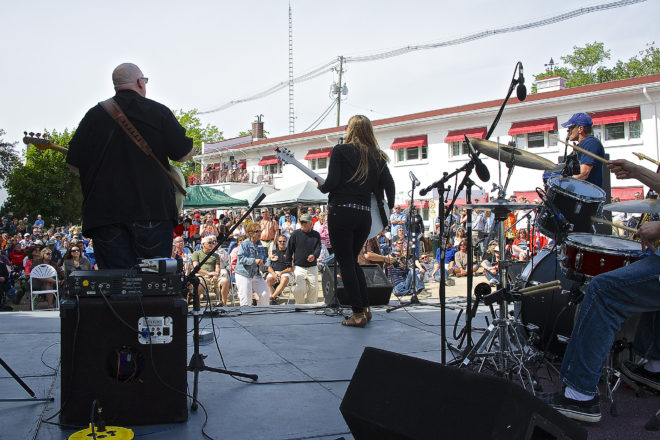 The festival will feature free evening concerts on June 8 as well as performances by individual acts at various venues in Sturgeon Bay’s historic downtown from Thursday to Saturday. There will also be daytime performances between 1 and 6 pm on June 10 & 11, hosted by the Holiday Music Motel. Both days will feature music on two outdoor stages, one in the Holiday parking lot and one on the rooftop.

Many of the event’s featured performers take part in the “Construction Zone,” a weeklong songwriting marathon hosted by the Holiday Music Motel that infuses the festival with a slew of new songs each year. The songs are performed on stage, recorded on site, then made available for sale at local businesses and through the Steel Bridge website (SteelBridgeSongfest.org).

For a detailed schedule and a list of performers and venues, visit steelbridgesongfest.org. Tickets can be purchased through Brown Paper Tickets at brownpapertickets.com/event/2899732.