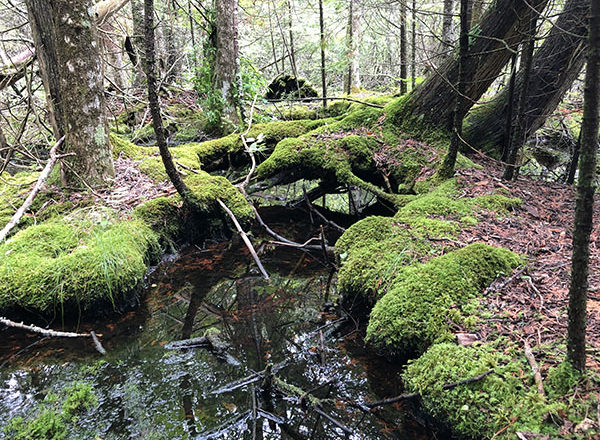 Wisconsin and Door County trails saw more hiking use during the pandemic and likely will see a surge in snowmobiling this winter, but funding is in jeopardy for acquisition of lands for public use and conservation purposes.

“I think there’s significant cause for concern,” said Charles Carlin, director of strategic initiatives for Gathering Waters, Wisconsin’s Alliance for Land Trusts. “The program will need to be reauthorized during the budget debate in the first half of 2021, or else it will sunset.”

The program has been critical in matching donations for the long-term protection of ecological treasures and important natural sites, according to Cinnamon Rossman, Door County Land Trust’s director of charitable giving.

“Almost every property that we have purchased has some Knowles-Nelson Stewardship Program funding,” Rossman said.

The only exceptions are lands acquired through direct property transfers and federal programs.

Carlin said a group of key Republican legislators opposed the grant program the last time it was up for renewal. One vocal detractor, Tom Tiffany, has moved on to Congress. There’s a clear Republican majority in the state House, with some opposition there.

However, Carlin said the program has a lot of backing because the outdoor recreation opportunities it creates tend to have an exponential return to the Wisconsin economy through tourism dollars. Carlin says his group’s research shows that each dollar spent in the program returns $3,000 to the state.

In 2010, the legislature reauthorized the program for $80 million per year for 10 years. When that came up for renewal, Gov. Tony Evers pushed for passage of a $33 million-per-year, two-year extension. The DNR, meanwhile, pushed for a 10-year annual renewal of $50 million.

Carlin said resentment of the program comes from some previous purchases of vast swaths of land in the Wisconsin Northwoods, which removed those lands from tax rolls in counties that could not afford to lose the revenue.

During recent years, more of the funding in northern counties has gone to purchase long-term conservation easements – rather than straight land purchases – to preserve or expand ATV, snowmobile and hiking trails.

Carlin says two champions of the program are Evers and state Rep. Joel Kitchens (R-Sturgeon Bay). Kitchens was named Gathering Waters’ Policymaker of the Year for getting the program renewed during budget talks a couple of years ago. Kitchens said the program has generally been popular in Door County, and groups here take advantage of it as much as anywhere else in the state.

“There’s some good support for it on the Republican side, and there are some who do not like it,” Kitchens said. “We’ll certainly fight to get it done – at least for two more years – in this budget. The budget will probably be a little tighter this year because of the pandemic. But, before going into this pandemic, our rainy-day fund was higher than it’s been in Wisconsin history.”

Municipal and county governments also benefit from the program.

“Certainly around here, it’s been a big part of the tourism draw because we have so much public land you can go hike on,” Kitchens said. “We’re lucky up here, too, that our tax base is so high.”

Kitchens gave Pebble Beach in Sister Bay as an example.

When pushing for renewal of the program, Carlin cites a massive increase in the use of trails and public land statewide for social-distancing and recreational purposes this summer and fall. In addition, he said, an increase in the frequency of heavy rain events is making the creation of runoff buffer zones crucial for reducing flash flooding.

And, he considers the ecological impact of the grants priceless.

Door County Land Trust continues to receive private donations to make land purchases matched by grants. Some of the most recent acquisitions came in the Big and Little Marsh areas on Washington Island and a parcel in an Ephraim wetland area, said Tom Clay, Door County Land Trust’s executive director.

“We discovered a whole bunch of ram’s head orchids that we didn’t know were there,” Clay said, referring to the white and purplish lady slipper species that pops up in spring. “They’re prolific.” The group also discovered the endangered Hine’s emerald dragonfly at the site.

“I’m in my fifth year at Door County Land Trust,” he said, “and I continue to be astounded at the rate we’re able to do land-protection deals.”