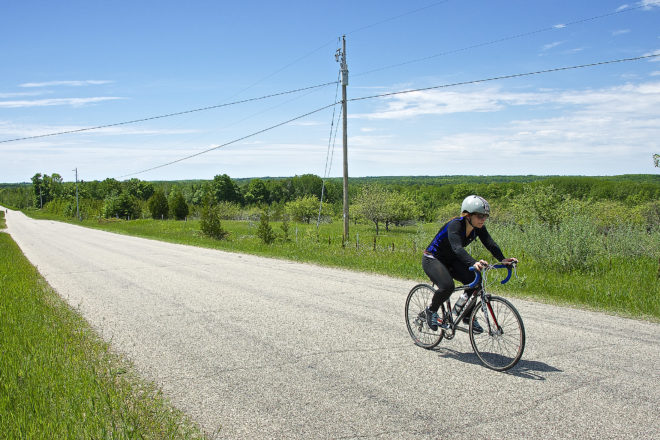 Door County’s quality roads and scenic vistas lure cyclists from throughout the Midwest. A good grasp of the rules of the road for cyclists and drivers will help you enjoy them safely as you share high-speed back roads and distracting stretches of scenic beauty.

Many drivers don’t realize that bicyclists have the same rights to the roadways as vehicles and are considered vehicles under Wisconsin law. That means bicyclists must obey the rules of the road like any other vehicle and must be treated as equal users by all other vehicles.

The Door County Silent Sports Alliance hosts two cycling safety programs each summer. The first will be held May 22, 2017, from 6:00 to 8:00 pm at Bay View Lutheran Church in Sturgeon Bay, and another will be held August 5, 2017, at the Sturgeon Bay High School. There will be bicycle safety instruction, registration, basic first aid, and helmet fitting from the Door County Silent Sports Alliance and Sturgeon Bay Police Department. Plus, all youth riders receive a free bike helmet.