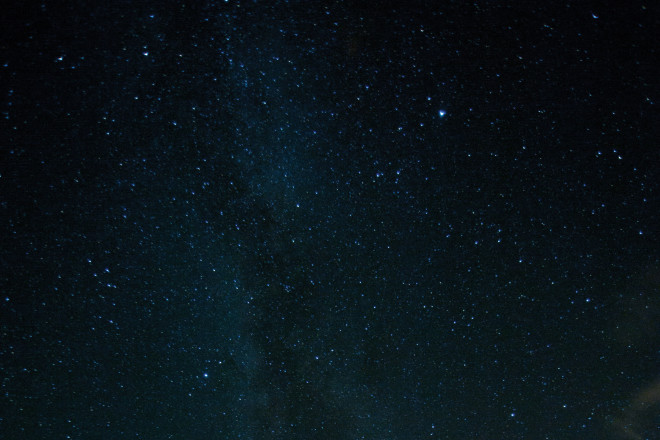 Some would mark the start of a Door County summer season by the reduction of the speed limit through Ephraim, the commotion of Memorial Day Weekend or even the arrival of the summer solstice. I would mark it by the first campfire with friends sans snow on the ground.

Yes, Door County residents are a hardy lot, gathering in a ring around a fire pit through all seasons, but there’s nothing quite like that first springtime fireside session with people who’ve started to trickle back across the bridge. After a winter of consuming thick, hearty brews belly-up at local taverns, the mere sight of our long-forgotten friends is as refreshing as sipping a light, crisp, cold beer beside the fire.

The fire, if started just after the sun drops below the horizon, provides a security blanket to the coolness of the evening. Most people forgo the heavy parka, opting instead for a stocking hat. Juxtaposed against the yellow hue and amber glow of the fireside complexions, the knits seem more like fashion statements than necessities. And, as the night’s blue turns to black, the array of colors found within the flames peaks, while the contrast outside the fire’s halo dims. Shadows thrown from the fire flicker amidst the ethereal backdrop.

In my ten Door County summers, I’ve discovered that most fires are home to multiple conversations carried on in a patchwork fashion – bits, pieces and scraps overlapping to create an ensemble sound permeating the cedars. Each note latches on to a particle of smoke, wafting in symphony-like smoke signals to the stars. From above, the tales of winter triumphs co-mingled with guitar riffs and anecdotes about sailing to Chambers, dancing at The Tap or running the Door County Half Marathon must sound like nostalgia on repeat. Each crackle in the fire inspires a new twist in the conversation, sometimes even bringing politics and religion into the fold.

The silent moments of contemplation as I stare into a campfire, tucking my hopes and fears deep into the embers, are just as poignant. Smoldering on the notion that another Door County summer full of good intentions has arrived, I am able to transcend the moment. The warmth provides a foundation for philosophies on life to emerge, surpassing the survival instincts our ancestors honed in similar situations.

The rituals of campfires, too, have evolved. At some point, an anthropological shift occurred; a culture emerged where we began to relish the notion that fires were where food could be cooked for pleasure, rather than for sustenance. After all, what tastes better than the meal, morsel or snack cooked over an open flame? When once it was the method of necessity, it is now a practice of desires. Toasting a marshmallow to a golden brown near super-hot coals, then savoring its sticky goodness between grahams and chocolate is like a rite of passage.

Standing atop the lookout along Skyline Road in Peninsula State Park on a midsummer’s eve, it’s not hard for me to imagine the s’mores scenario being played out thirty-fold below. Each puff of smoke that emerges from the campsites ringing Nicolet Bay signifies socialization – a relationship being born, nurtured or cemented. My own memories of sitting by the fire with my sister and parents on our family camping trips come back so clearly that I can hear their laughter echo between my ears.

Capturing the energy found at a former fire is always the intention, but each flame, ember, and tendril of smoke twirls in a new direction. And, individuals perched in their chairs surrounding the fire have been affected by a myriad of decisions, desires and dreams since the last session. Despite its malleability, the essence of summer is solidified in every reincarnation of the scene.

As each fire comes to a close and people take their own paths home, the pit turns to white, flakey ash – a subtle reminder that Door County seasons change.

A little bit of common sense can go a long way in keeping fires safe. While each municipality in Door County has its own regulations, there are some general guidelines to follow when preparing to have an outdoor fire.

First of all, recognize whether conditions are right for the type of fire you are going to have.

“I’d categorize fires into two types – campfires and bonfires,” says Chris Hecht, Fire Chief of the Sister Bay and Liberty Grove Fire Department. “A campfire is something you can jump over,” though it’s doubtful he’d recommend attempting that feat. They typically are at a campsite or in a backyard within a retained area – a pit application, either with rocks or a metal ring – and are appropriate for cooking over.

“A bonfire is much larger – 3, 4, 5 feet high – and you wouldn’t be able to jump over it,” says Hecht. This type of uncontained fire requires more caution. Most municipalities throughout Door County require a burn permit for a bonfire, if they allow them at all, so it’s best to check with your local fire chief for clarifications on the rules pertaining to your particular location and the process for obtaining a burn permit.

If conditions are unfavorable for fires in the area, local fire chiefs and the department of Emergency Services will gather to discuss the possibility of implementing a fire ban. The amount of rain, level of moisture in the ground, relative humidity, and much more factor into the decision. According to Baileys Harbor Fire Chief Brian Zak, the goal of the conversations and ultimately the decision is “to circumvent any potential problems.”

There are multiple levels to a fire ban:  the first level places restrictions on bonfires, burning off of fields and brush fires; the second includes a ban on burning barrels; and the third level puts a stop to fires completely, including campfires.

According to Hecht, the decision to reach the highest level of ban in Door County – where fires are such an integral part of the tourism industry at the state parks and local campgrounds – is “very, very difficult…and not something we like to do.”

“It hasn’t hit that level in recent memory,” says Zak, but when it does, “usually that will all get posted via the paper and/or radio.”

“Unfortunately there’s no place to go to check with just a few clicks,” says Hecht, so “when in doubt, call your local fire chief.”

With the threats of invasive species, such as the emerald ash borer and the gypsy moth, lingering throughout Wisconsin, the Department of Natural Resources enacted a new rule on June 1, 2010 regarding firewood. The permanent rule is aimed at protecting parks and forests from invasive pests and diseases that may “hitch hike” on firewood.

Per the new regulations, visitors are prohibited from bringing firewood into Wisconsin State Parks and onto other state-managed lands from out of state, from locations farther than 25 miles away, or from an area that has been quarantined.

Firewood purchased from a vendor that is certified by the Wisconsin Department of Agriculture, Trade and Consumer protection is exempt from this rule, as are dimensional, untreated lumbers scraps, such as two-by-fours and two-by-sixes.

For detailed maps about the range of allowable firewood for each state property, as well as maps regarding quarantined counties, or for more information on firewood bans throughout Wisconsin, visit http://dnr.wi.gov/invasives/firewood/.