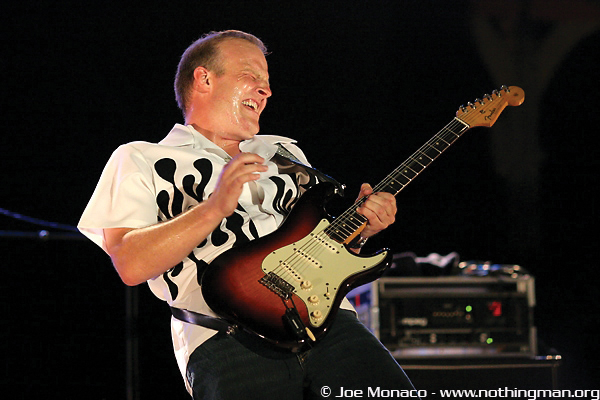 On July 2, the Albert Cummings Band will take the stage at the Peg Egan Performing Arts Center (PAC) in Egg Harbor. All concerts are free to the public.

Albert Cummings writes, plays and sings the blues like nobody else. He has played with blues legends B.B. King, Johnny Winter, and Buddy Guy. Taken with Cummings’s fire and passion, bassist Tommy Shannon and drummer Chris Layton, of the band Double Trouble – the late Stevie Ray Vaughan’s rhythm section, volunteered to play on and produce his solo debut recording, 2003’s self-released From the Heart.

Cummings’ soulful and explosive approach to blues and rock caught the attention of Blind Pig Records, which signed him to a multi-album deal.

His newest recording, Someone Like You, was recorded in Southern California with Grammy-winning producer David Z. (Buddy Guy, Prince, Jonny Lang, Gov’t Mule) at the helm.

Z said, “Albert Cummings writes, plays and sings the blues like nobody else. What a blast to watch him gel in the studio with some of the best musicians in Los Angeles.” One of those musicians was Blind Pig label mate and leader of The Basic Cable Band on Conan, Jimmy Vivino, who performs on three cuts.

The Peg Egan PAC is located on Church Street in Egg Harbor. In case of rain, all concerts will be held at the Calvary Methodist Church, 4650 County Road E, Egg Harbor. Bring blankets or lawn chairs. Carry-ins are allowed. For more information, call 920.493.5979.