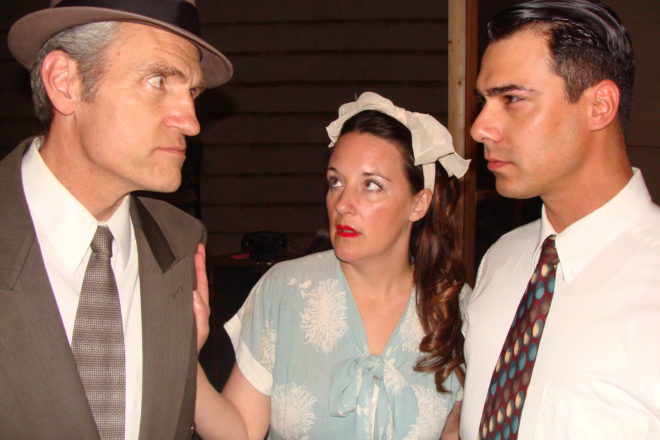 Rogue Theater’s latest production is Arthur Miller’s All My Sons, which will be performed at Ephraim Village Hall over Memorial Day weekend.

The show was brought to the forefront by Rogue actor and board member Chris Weidenbacher, who was a Vietnam War protestor and, ironically, had a son who served in Iraq. Weidenbacher and the rest of the cast were inspired by Miller’s words and will give a moving performance on stage. 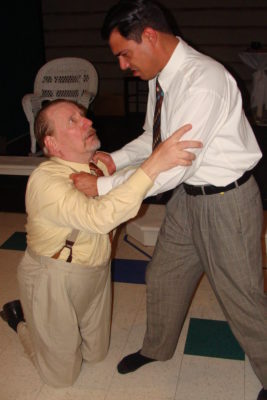 All My Sons deals with the aftermath of WWII. During the war Joe Keller and Steve Deever ran a machine shop that made airplane parts. Deever was sent to prison because the firm turned out defective parts, causing the deaths of many men. Keller went free and was prosperous. The twin shadows of this catastrophe and the fact that the young Keller son was reported missing during the war dominate the action. The love affair of Chris Keller and Ann Deever along with the bitterness of George Deever returning from war to find his father in prison and his father’s partner free, are all set in a structure of almost unbearable power. The electrifying, intense climax shows the son’s reaction to his guilty father.