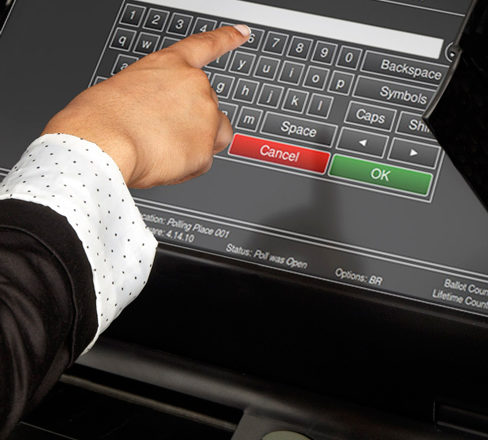 Voter fraud and election hacking were as common a part of candidate platforms in the presidential election as health care and the economy. The big conversation in Wisconsin started when the Supreme Court struck down the state’s attempt at stricter identification requirements for voter registration.

Then there was Hillary Clinton’s popular vote win versus Donald Trump’s electoral college win, which may not have constituted fraud, but made headlines nonetheless. More recently, it was Trump’s re-tweeted claim that three million votes were cast illegally. A completely unsubstantiated claim by Gregg Phillips, founder of an app called VoteStand, was Trump’s source for the three million number, which would have conveniently covered his more than 2.8 million loss in the popular vote.

Don’t forget Jill Stein’s fruitless attempt at calling a recount in Wisconsin and a couple other states, which resulted in negligible changes to the vote count.

To top it all off, ongoing investigations into Russian involvement with the presidential election ensure that we are far from leaving this whole sacred voting process behind.

While Ephraim, or any Door County municipality, was likely not a site of massive voter hacking that foiled the American democracy, I sat with Ephraim clerks Andrea Collak and Susan Shallow on the Wednesday before our Feb. 21 election for state superintendent to watch as they tested the village election equipment, a practice that takes place the week before every election.

“So you tell me how they hack these machines, I don’t know. I really don’t know how you can,” said Collak as she tied numbered zip ties around the ballot bins of the Dominion Image Cast Evolution voting units.

The county gives each municipality a 24-hour window to complete election equipment testing the week before any election. For all you fraud-mongers out there, here’s how it works:

Each municipality receives a series of test ballots with a variety of voting scenarios, including the standard voter and accessible voters such as those with vision or hearing disabilities. The county knows how many test ballots the village received so they can check the final count with what was expected.

The test ballots come in a variety of flavors. In the election for state superintendent, that included three candidates and a write-in. But they also test ballots for when voters make mistakes.

An over-vote occurs when someone marks their vote for two candidates in a single election. Maybe they think that’s how it works. Maybe they try to cross out their first vote after changing their minds and think the computer will know what they mean. When the Ephraim clerks put this test ballot into the machine, it makes a buzzing noise, different from the friendly ding of a correct ballot, and spits the ballot back out.

“Then we can determine clearly the voter’s intent,” said Shallow. “We would remake the ballot according to instructions, we would mark this one over-voted, put the numbers of the new ballot and put in the new ballot. This gets torn, not completely in half but a good tear, goes in a special envelope that’s sealed.”

“That means someone chose nothing and it will do the same thing,” said Shallow.

The machine spits out the blank ballot and the inspectors review what the voter meant. If there are multiple elections and a voter chooses not to vote in one of them, Collak said it may still kick the ballot out as unfinished. The inspectors will then cast the vote for the choices that the voter did want to make.

“You’re not required to vote for everybody,” said Shallow.

Inspectors are representatives from the village who receive training throughout the year to administer all the rules of an election.

“We have a chief inspector on every shift and it’s the chief inspector’s job, not the clerks or the deputy clerks, to ensure this process goes smoothly and everything is done at the end of the night to prepare the package to go to the county,” said Shallow. “If there was anything in relation to the school like a school board referendum a package goes to them as well and then we retain, for two years, a packet here.”

Smaller communities, including Ephraim, have some trouble finding enough inspectors for the election. You can contact your local administrative office to work as a poll inspector.

When the testing is complete, the clerks print out a sheet listing the results of all of their tests. After ensuring that it matches what was expected of their tests, they clear the polling machines and lock it away until Election Day.

The memory cards, specific to each municipality, record every single thing that happens to the voting machine in addition to each vote. If you open the ballot bin or the ink cartridge, that memory card will know. The municipality must turn in the memory card for inspection with their voting results so the county can review any tampering with the machine.

At the end of the test, the clerks hook the machine up to the Ethernet cable in the wall and send the test results down to the county. They follow the same process for the actual test results.

In 2016, the county chipped in to help each municipality buy new election equipment. Shallow said that although the old machines were still accurate, they had been there at least as long as her 20-year tenure at the Ephraim office.

The election machine is then locked down and placed in a locked room until Election Day, when the trained inspectors manage the actual vote.

Watching the process and knowing that it’s double checked with an even closer eye down at the county office, it’s hard to imagine widespread voter fraud of the kind spouted by politicians over the past few months. At the very least, Ephraim had a sound election. So that’s a start.