John Jones was on top of the world.

He ran marathons, rode bike races, and had just become the 10th president of the Green Bay Packers. He was set to take over for longtime Packers CEO Bob Harlan within days, and he had just completed a 75-mile bike race in Milwaukee.

All that changed the morning of June 11, 2006. Jones suffered an aortic dissection, a rare injury in which the layers of the aorta begin to separate, and during the emergency surgery that followed, he had a stroke as well. 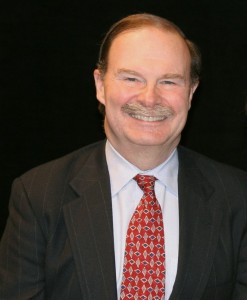 Only 10 percent of those with aortic dissections survive. But Jones, who will speak at St. Rosalia’s Catholic Church in c at 4 pm on Sunday, June 12, has lived to tell his story. Jones’ presentation, “Bulletproof: The Men’s Healthcare Myth,” uses his own amazing story to encourage all men to get regular check-ups and take better care of themselves in order to prevent health crises like his.

“I didn’t anticipate anything [that happened],” Jones says. “I had worked for 20 years in the NFL, had realized the dream job, and everything in my life was going great, except I had this birth defect that had never been discovered or diagnosed.”

Jones’ presentation, which he has been giving around the country in the years following his retirement from the Packers in 2007, will be part of the Shepherd of the Bay Lutheran Church’s Community Health Information Programs. A series of four of these programs, focusing on the causes and impacts of a stroke, will continue throughout the summer.

The focus on preventative medicine is one that continues throughout the informational programs, says Carol Stevenson, Shepherd of the Bay’s parish nurse and health and wellness ministry coordinator.

“I think it’s absolutely essential,” Stevenson says. “The emphasis is especially on men, to wake up the male population about things they can do to prevent [health problems].”

According to Jones’ website, one third of American men have not had a check-up in the past year. But that total is not altogether surprising, Jones says.

“Guys get this thinking that ‘nothing’s going to hurt me,’” he says. “Running marathons, doing bike races, and the success I was having in my career, why wouldn’t you think you were bulletproof?”

That frame of mind, Jones says, is one that usually begins as early as high school, when young men often only get check-ups because they’re required to in order to play sports.

“For a lot of men, you do all those things when you’re a teenager, and a lot of guys never go back and see the doctor again for 10, 20, 30 years,” he says. “We keep denying what could be going on with us.”

Jones says he took good care of himself even before his health crisis, getting regular check-ups and keeping in shape. Nevertheless, the aortic dissection and stroke he suffered were a major wake-up call.

Jones credits Packers doctors Pat McKenzie and John Gray and the team at Bellin Health for saving his life, and he says the fact that he had seen them regularly prior to the emergency made all the difference. He describes the emergency surgery as “a race against the clock.”

But it was the stroke Jones suffered during that surgery that has had lingering effects, affecting his short-term memory and forcing him to leave his career and the Packers. Jones now carries an iPod Touch with him to keep track of his schedule.

“I didn’t know how to come to grips with it,” he says. “I was devastated by the damage to my body. The aortic dissection broke my heart, but after the results of it, my heart was really broken.”

But Jones found a new course in the year following his surgery, as he began to develop his presentation.

“I was searching and praying for some way to get back to whatever my life was going to become, and ‘Bulletproof’ did a lot to help me get back,” he says.

In the years since, Jones has changed his focus in life – from the big-picture view he had with the Packers to a more personal approach to those whose lives he hopes to influence. He says he is always amazed at the lines of men who will gather after his talks to tell him their personal stories.

Jones says he thinks about what could have been every day. Even when the Packers won the Super Bowl in February, he admits he couldn’t help but picture himself on the podium with the champions.

“I thought, ‘Wouldn’t this have been one of the great moments in my career,’” Jones says. “But [Packers President and CEO] Mark Murphy is doing a fine job. He and I are old friends.”

Jones is looking forward to some personal successes of his own. In addition to presenting “Bulletproof” around the country, he gives talks on behalf of Bellin Health, and writes a weekly blog on men’s health issues on his website, http://www.bulletproofmyth.com.

And this June 11, the five-year anniversary of his surgery, Jones will be walking in the 10K Bellin Run in Green Bay, perhaps the greatest sign that in a story like his, sometimes a simple walk can mean even more than a Super Bowl victory.

“That will be a real milestone for me,” he says.