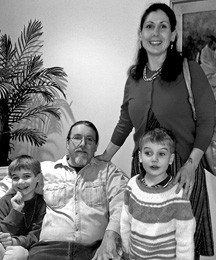 On Sept. 21 at 4 pm, pianists Judy and Carl Jackson will present their 13th annual benefit concert at Shepherd of the Bay Lutheran Church in Ellison Bay. The program, titled “A Few Of Our Favorite Things,” will include two-piano pieces of Edvard Grieg, Sergei Rachmaninoff, Dmitri Shostakovich, George Gershwin, Felix Mendelssohn, Antonin Dvorak and many others, music drawn from each of their 12 previous concert programs. Judy and Carl Jackson will perform on the Esther Browning Memorial Steinway Concert Grand Piano courtesy of the Peninsula Music Festival and a Baldwin Concert Grand Piano courtesy of Peter Nehlsen.

This year’s beneficiary is Don Gaddes, a member of Shepherd of the Bay and an employee of The Clearing. Gaddes is currently dealing with health concerns involving cancer. The goal of the benefit is to raise as much money as possible to cover additional expenses that are incurred in his treatment.

The audience will be invited to bid on silent auction items. Everyone will be invited after the benefit concert to the Fellowship Hall for a reception to greet the Jacksons and members of the Gaddes family.