American flags will dot cemeteries around the state May 25, marking the graves of the nation’s veterans. Businesses will put out flags of their own, and the local news stations will run 60-second wrap-ups of area Memorial Day ceremonies.

Then most of us will go back to our daily routines, blissfully ignorant of the fact that 185,000 of our fellow citizens are spending their day in desserts in Iraq and Afghanistan, fighting two wars we’ve largely forgotten about. 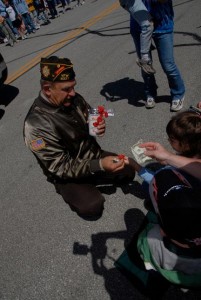 Honoring veterans should be more than just a holiday.

Ken Wendt, a veteran of the Korean War, will not. In mid-May we spoke by phone. Wendt, a Sturgeon Bay resident, was on his way to Sheboygan to pick up a large donation of clothing for veterans in need. Many of those clothes will go to homeless veterans, a problem he said is more common than most realize.

“It’s amazing how many of our veterans are on the streets around the state,” he said.

Wendt is active in many veterans’ organizations and has served on the state’s Veterans Affairs Board. He retired in 2000, and now devotes much of his time to raising funds, gathering donations, and raising awareness of veterans’ issues. Scott McFarlane heads Door County’s Veterans Services Department and agreed with Wendt that homelessness is a prominent, unseen problem.

“Door County veterans don’t experience homelessness in the traditional sense people think of when they think of urban areas,” McFarlane explained. “There are two types of homelessness we talk about. There’s the actual homeless, and there’s the at risk population. We have a lot of veterans who are at risk of being homeless, where they may have a family or social network helping them, but they’re living on a couch or in a motel. Maybe they can’t get a job, or the bills are piling up, and now they’re relying on others.”

McFarlane said Door County is home to about 3,000 veterans, of which maybe 100 are homeless or at risk. Like other non-profit organizations, veterans groups are feeling the pinch of the economic downturn as people cut back on charitable giving. Wendt said veterans groups can, of course, use monetary contributions, but clothing donations are helpful as well.

“We try to get them suits for job interviews,” he said. “We try to teach them financial skills, give fuel and housing assistance.” 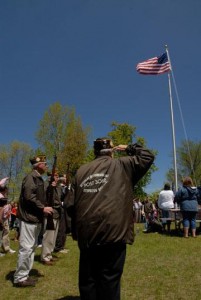 Veterans salute the flag at Maifest last year in Jacksonport.

McFarlane said his department sees 40 – 50 veterans each week, in addition to phone calls. Most of those he deals with are seeking assistance securing health care.

“We have very little funds to deal with housing or job issues,” McFarlane said. “We usually refer them to talk to social services first about those. But we do a lot with health care.”

Unfortunately many veterans don’t contact Veterans Services immediately upon de-mobilizing. Sometimes young veterans don’t think they need or will need help. Others simply want to get back to their families and their lives at home.

“When you get out, all you want to do is go home,” Wendt said. “Veterans don’t want to label themselves with Post-Traumatic Stress Disorder (PTSD). But with the things these combat veterans deal with and what they see, I would imagine just about everybody who comes back could use some counseling.”

Suicide rates for returning veterans of Iraq and Afghanistan are higher than any previous wars, often a result of PTSD. Soldiers are asked if they’re experiencing troubles when they are de-mobilized, but if they admit that they are, they’ll be delayed in going home for days or much longer. For a soldier who has spent a year or more away from family, friends, and their home, it’s hard to be honest and delay their return.

Wendt said all veterans, whether or not they’re experiencing problems, should contact their county Veterans Services office upon coming home. 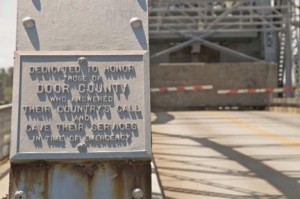 “These veterans should fill out that paperwork,” he said. “Don’t wait years or the next thing you know you’re in dire straits and it’s really difficult to get retroactive help.”

The nation is only scratching the surface of the issues veterans of Iraq and Afghanistan will face. Those wars have each lasted longer than WWI or WWII. The United States has been engaged in Afghanistan for nearly eight years, and Iraq for six. These conflicts leave soldiers grappling with a new set of issues.

“Part of this is the nature of Iraq and Afghanistan wars that are more similar to Vietnam,” McFarlane said. “In WWII, you trained, deployed, fought, and came back with a group of soldiers. Now, you may go back several times. You start when you’re 18, and may get re-deployed until you’re 24 or 25.”

In essence, thousands of young men and women are maturing into adults through the prism of a war unlike any this country has ever fought. They watch fellow soldiers killed or maimed by roadside bombs, with no enemy to attack. McFarlane said it will be a long time before the effects of this are realized.

“We’ve never done it like this before,” he said. “It really took the Vietnam veterans many years before they came forward with their struggles.”

Wendt said Wisconsin offers a veterans support network among the best in the country.

“I’m very impressed with how we take care of our veterans here,” he said.

For most of us, the challenge is taking that support beyond the holiday.

Door County is home to many veterans’ service organizations. To find out how you can pitch in, contact the Door County Veterans Services Department at 920.746.2226 or [email protected].

Scott McFarlane, head of the Veterans Services Department said The Red Cross is always looking for volunteers to drive veterans to appointments at the VA Clinics in Appleton or Green Bay or to the VA Hospital in Milwaukee. The Red Cross provides vehicles. Call the Red Cross to inquire at 920.746.2167.