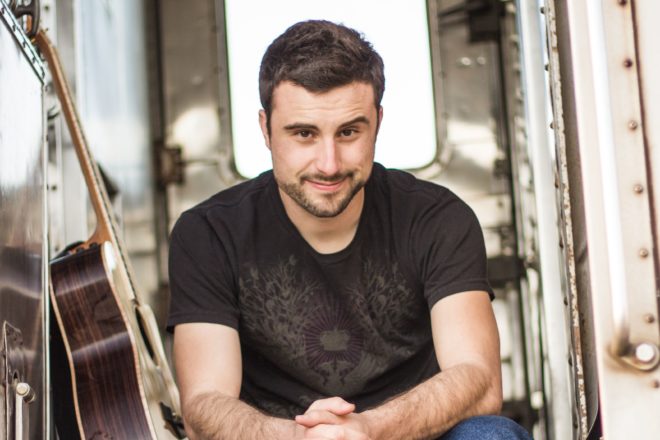 Singer/songwriter Bobby Jo Valentine will appear in concert at Shepherd of the Bay Lutheran Church in Ellison Bay on May 19 at 7 pm. Valentine’s music exists outside the lines of any genre and the thoughtful lyrics and catchy melodies reach listeners on all paths of life.

The poetic nature of Valentine’s stories and songs has resulted in many notable awards and a growing following. Valentine seeks to write music that means something good and speaks to the world. He was awarded Songwriter of the Year at West Coast Songwriters Association in 2011 and 2015, and Song of the Year in 2017. He has sold 18,000 albums and performed more than 700 concerts, conferences and festivals.

His music has appeared on radio and television, including a commercial for the recent Ford Fusion, ABC’s morning television show The Morning Blend, and the short film The Groom’s Cake.

Valentine has been invited to perform for The Wild Goose Festival, the national Gay Christian Network (GCN) conference, the international 2016 Emerge conference, the Kinship Festival, General Synod, and the recent Annual UCC Gathering in Southern California. As a proud supporter of equal rights for all people, Valentine has been invited to perform for many equal rights organizations, Pride festivals, and justice-oriented nonprofits, including the National Safe Place Network and Family Promise.

There is no admission, but an offering will be received. For more information visit bobbyjovalentine.com.