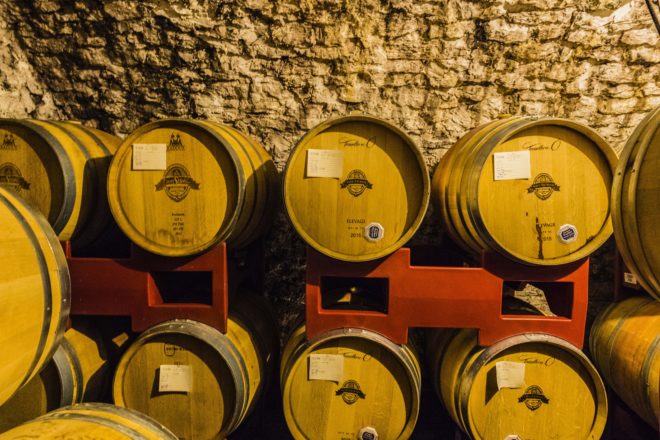 Grapes rank as the highest value fruit crop in the U.S.

The U.S. per capita wine consumption in liters (2.94 gallons). Even though the U.S. is the largest wine-consuming nation by volume, per capita rates are less than many other countries.

The number of years of consecutive growth for the U.S. wine industry.

The percentage of U.S. wine sold that sells for less than $8 a bottle.

The percentage of American wine produced in California. That amounted to nearly 800,000,000 gallons and an economic impact of $71.2 billion. Washington state is a distant second in production at almost 35 million gallons and fifth in economic impact, $9.6 billion.

The number of registered wineries in Wisconsin, more than three times what there was just 10 years years ago.

The number of U.S. farms that grow grapes.

The number of off-premise wine retailers in the U.S. They sell 78 percent of the wine in the U.S. at an average bottle price of $10.

The number of U.S. acres dedicated to grape-bearing vines (including for wine, table grapes and raisins).

The number of visits to U.S. wineries every year.

The number of cases of wine sold last year by EJ Gallo, making it the top producer in the U.S.

The amount of U.S. chardonnay sold in 2017, making it the No.1 wine in the country, followed by cabernet sauvignon at $2.4 billion, red blends at $1.7 billion, pinot grigio at $1.2 billion and pinot noir at $1 billion.

The value of the annual U.S. grape crop.