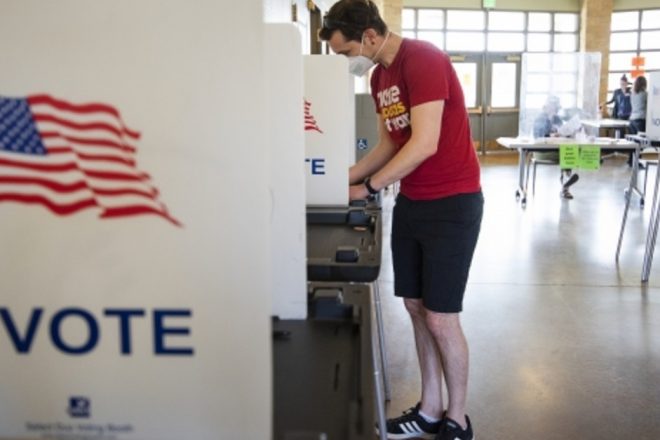 County Board Vice Chair Susan Kohout not running for reelection

It’s not too early to be thinking of spring for those who want to serve in a local-government post.

The candidate filing period for the spring election opens Dec. 1, the first day when candidates may circulate papers. The deadline to file those candidacy papers is Jan. 4, 2022.

The races up for reelection are:

• All 21 seats on the Door County Board of Supervisors

• Seats on municipal boards that have five or more members. These are the towns of Baileys Harbor, Egg Harbor, Gardner, Gibraltar, Liberty Grove, Sevastopol and Washington Island; the villages of Egg Harbor, Ephraim, Forestville and Sister Bay; and the City of Sturgeon Bay

Door County voters will share only one statewide race on the ballot: for District III Court of Appeals Judge, where the seat held by Thomas M. Hruz is up for reelection.

At this early stage, one Door County supervisor – Vice Chair Susan Kohout, who represents District 6 (Ward 2 in Nasewaupee and the Town of Sturgeon Bay) – has decided not to run for a sixth term in office.

“Ten years is enough; it’s time for a fresh face,” Kohout wrote in a message announcing her decision not to run for reelection. She said it has been an honor and privilege to represent her constituents on the county board for the past decade.

Her district has changed with the new district maps that were created and approved by the Door County Board of Supervisors on Nov. 9 as part of the redistricting process following the 2020 Census. Supervisors must live within the districts they serve, and when the lines identifying districts changed, that put a couple of supervisors within the same district.

That was the case for Kohout’s District 6, which now has another incumbent supervisor living within its borders: Ken Fisher, who used to represent District 10. If Kohout had decided to run for reelection, she would have been running against Fisher if he, too, decides to run for reelection.

City of Sturgeon Bay Mayor David Ward has already announced his decision to seek a second term in April when his current, three-year term ends.

“Many positive accomplishments have been achieved in the last three years in our city, despite the pandemic, and is a testimony to the spirit of the residents of Sturgeon Bay,” Ward said in a statement announcing his decision. “In my second term as mayor, I will continue to work with residents and the Common Council to achieve even more.”

Prior to his run for the mayoral seat in the spring of 2019, Ward served as an alder representing the city’s District 3.

Check back with the Peninsula Pulse after Jan. 4 to learn who’s running in your neighborhood.