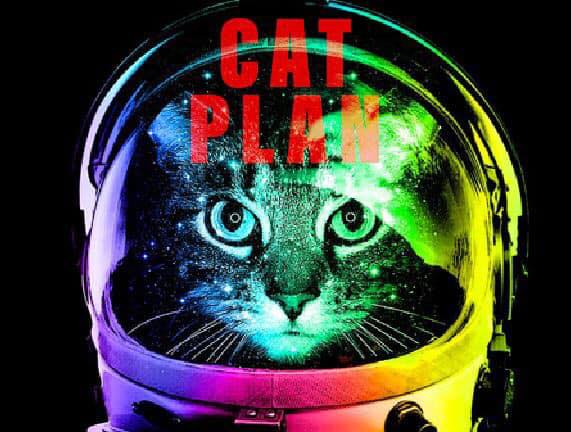 The Green Bay music group, Cat Plan, calls themselves a “gypsy jazz collective”, and features instrumental jazz tunes both old and new. The street jazz group has planned the purrfect performance between The Gnoshery and Door County Candy on Third Avenue. during Sturgeon Bay’s Under the Stars Night Market.

Guitarists Tony Warpinski and John Mazzariello were working on a music project a few years ago when they decided to have some fun playing through old jazz charts. When a band started to take shape, they added more members with instruments including mandolin, saxophone, flute and clarinet.

While Mazzariello’s wife was setting up a bookstore in Green Bay, the couple noticed a cat seemed to roam the area. Upon hearing this story, Warpinsiki said, “You’re going to need a cat plan,” and the band name was born.

“Cats don’t have ‘plans’ other than just landing on their feet, so we try to take that approach with the music – not overthink things and be willing to take leaps of faith within songs,” Warpinski said. “We just trust that we’ll figure out a way to land on our feet. Also, we like naps.”

Cat Plan takes inspiration from Django Reinhardt, a jazz guitarist known as the Godfather of small-group style gypsy jazz. Warpinski describes their sound as a “homage to the ‘Hot Club’ gypsy jazz of the 30s and 40s.”

Cat Plan’s music flourishes with a certain quirkiness and fast-swing feel, presented by the less-standard jazz combo of guitars and woodwinds. It might just have you dancing right through the market.

“We are so excited to play at the night market,” Warpinski said. “This kind of music was sort of made for warm summer nights outdoors in a cafe or marketplace, and we can’t wait.”

Save your cat nap for later – The Gnoshery and Door County Candy are collaborating to host Cat Plan from 6 – 9 pm on Saturday, Aug. 21. They will also host live music from Joel Ryan during the final night market on Saturday, Aug. 28.