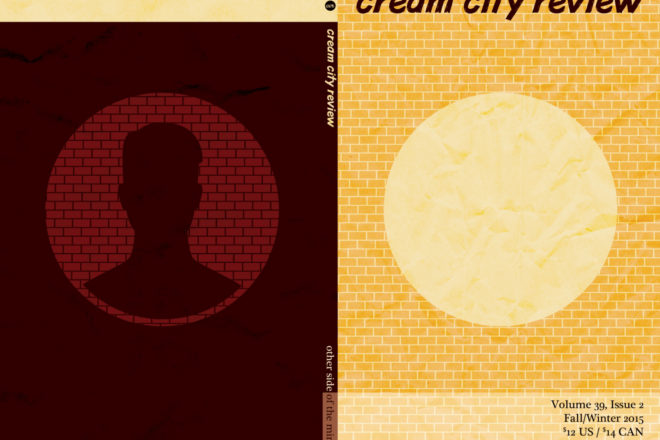 In the early 1970s, a literature enthusiast named Mary Zane Allen approached the University of Wisconsin – Milwaukee Student Union with one goal in mind: to create a literary journal and reading series for the university’s creative writing department.

Her interest stemmed from her involvement in the early years of the University of Wisconsin – Oshkosh’s literary journal, The Wisconsin Review (now, at age 51, the state’s oldest). In the fall of 1975, with the support of the student union, she released the first issue of the cream city review, so named in honor of its new home of Milwaukee, which earned the nickname “The Cream City” after the popular and durable cream-colored bricks that gave the bustling city its character.

The first issue, 50 pages printed on 8” x 11” paper with the help of a Xerox machine, featured art, poetry and prose from the local literary community. Over the years, it was taken under the wing of the university’s English department and along with its offering of original literary and artistic content, began publishing author interviews and reviews of contemporary literature. 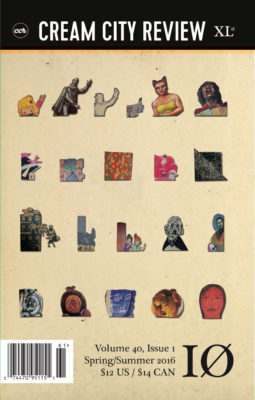 In the more than 40 years since the first issue hit newsstands, the nonprofit cream city review has continued publishing high quality literary and visual art under the direction of the creative writing department and a legion of volunteer editors. Now a 175- to 225-page biannual glossy, the cream city review has published works by distinguished writers such as Charles Bukowski, Billy Collins, Robert Olen Butler, Ted Kooser, Audre Lorde and Adrienne Rich. Every year, the publication receives upwards of 4,000 stories, poems and artwork during its two submission periods. During its downtime, journal staffers organize conferences and workshops to bring emerging and established writers to Milwaukee or set up panels at various writing conferences across the Midwest.

In the past couple of years, cream city review has, in their words, “recognized and answered the glowing beacon of a nearby digital screen” with the introduction of their newest project, IØ. This new genre, introduced under the leadership of editor-in-chief Loretta McCormick and UW-Milwaukee electronic literature professor Stuart Moulthrop, explores the relationship between literary arts and technology.

“We’re accepting submissions from people who make electronic literature but also people who do hybrid text,” McCormick explained. “For example, the submissions that we’ve accepted so far, they have two components to read the text. There’s the online portion that we feature on our website and it also includes a print version as well so they sort of work together so when you’re reading the text, you’d be reading both parts of the text to get sort of the bigger picture. We really think it’s important to foreground the print journal and books in general as an artifact but also recognizing the importance of online content.”

While cream city review has adapted to the changing landscape of technology and how it factors into literature and art, it has also had to adapt to other changing circumstances, most notably the lack of funds for literary pursuits and the folding of so many publications across the country.

“They (UW-Milwaukee) used to supplement monetarily occasionally until about four or five years ago,” McCormick said. “With all of the budget cuts and all that, they basically told us we had to find better ways to be sustainable so we’ve definitely done that through grants.”

Support has come in grant form from the Bradley Foundation, Wisconsin Arts Board, UW-Milwaukee English department, and the Letters and Science Constituent Alumni Association. Their ability to thrive in spite of these pressures is a testament to the strength of not only their staff, McCormick said, but the power of literature and art. 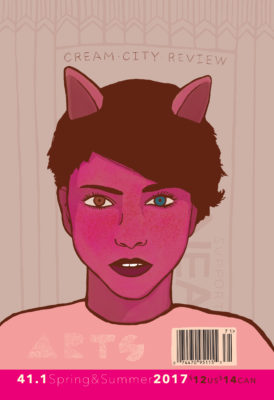 “The fact that we’re able to continue and thrive is something we’re all really proud of,” McCormick said. “The work speaks for itself. We publish amazing writers, writers who are established and win awards and do unbelievable work as well as brand new writers. This might be their first or second publication ever so the fact that our genre editors work so hard to curate these issues and bring together the best writing is pretty amazing in light of everything. We’re really proud of that. It speaks to the community in Milwaukee and the community at UWM. We have really just some amazingly talented editors and scholars so we’re pretty proud of it. Forty-one years, we’ve made a lot of changes. If you look at some of the recent issues we’ve, despite all of this stuff, we’ve managed to update our website recently, update the aesthetics of the journal. There were some really lean years there where we weren’t sure if we were going to be able to stick around so really the way that we’re thriving is testament to all the hard work from our current staff and throughout the past five years so it’s really been unbelievable, from a deficit to a solid, strong journal.”

For more on the cream city review, visit uwm.edu/creamcityreview.