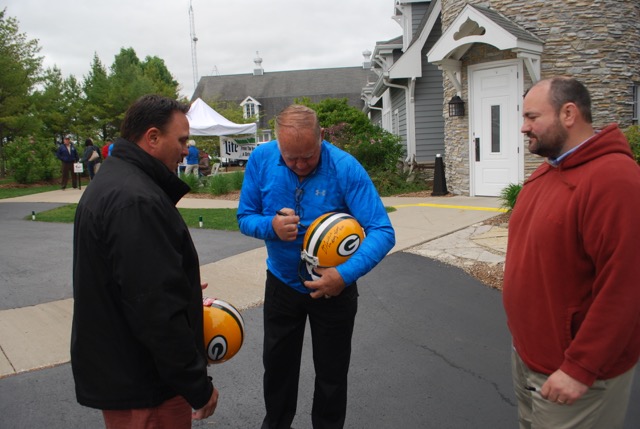 The Boys and Girls Club of Door County will host their eighth annual golf outing at Horseshoe Bay Golf Club on June 6. In conjunction with the golfing event, a Grand Trolley Tour is planned for those interested in experiencing Northern Door via trolley. Proceeds from sponsors and the fundraising events, which also include a dinner and celebrity panel Q&A, will benefit Door County’s local Boys and Girls Club that includes more than 500 members.

Joining Door County locals and visitors at the event will be notable figures from Wisconsin, including several members of the Green Bay Packers organization, past and present.

Current Packers’ President Mark Murphy will be at the event. Murphy, who was an All-Pro safety for the Washington Redskins from 1977-84, is a regular attendee of the event and has expressed his fondness for Door County and the Boys and Girls Club.

“My wife and I have a place up here. We have very positive feelings about Door County. It’s a very special place,” Murphy said in a 2016 interview with the Peninsula Pulse. “Now as a Packers organization, we’re a community-owned team so for us, supporting the community is high priority. I have been very impressed with the work that they’ve done with the Boys and Girls Club.”

Dave Resch has been organizing the annual golfing event since its inception and continues to reach out to notable Wisconsin figures.

“All of these celebrities travel to and from this fundraiser at their own expense and do not charge the club a fee for their attendance,” Resch said. “This saves the Club literally $20,000-25,000 a year, that can be better used to buy food, supplies, etc. for the youth of Door County.”

Several players from the Lombardi era are expected to make appearances. Super Bowl I and II champions Jerry Kramer, Zeke Bratkowski, Doug Hart and Dave Robinson will be in attendance. Robinson is a member of the Pro Football Hall of Fame. Additionally, Bart Starr Jr., son of former Packers’ quarterback, head coach and NFL Hall of Famer Bart Starr, will also be attending. 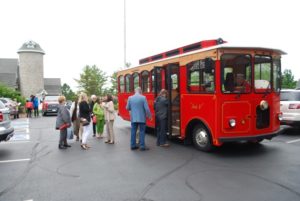 Mark Tauscher, Paul Coffman, Johnnie Gray and Harry Sydney round out the members of the Green Bay Packers who will be in attendance. Tauscher was a member of the Packers’ Super Bowl XLV team, while Coffman was elected to the team’s Hall of Fame in 1994. Gray is also a member of the Green Bay Packers’ Hall of Fame. Sydney both played and coached for the Packers and has the distinction of being the only player to catch touchdown passes from both Joe Montana and Brett Favre.

The festivities will kick off at 11 am when the Grand Trolley Tour departs from Horseshoe Bay Golf Course. The trolley will feature several stops, including lunch at the Glacier Ledge Restaurant along with a tour through Door Artisan Cheese. The tour will continue to Edgewood Orchard Galleries, Waseda Farms, and will conclude at Simon Creek Winery before returning to Horseshoe Bay Golf Course for the evening events.

Those participating in the golfing event will begin with a shotgun start at noon, following the 10:30 am registration. The cost for a single golfer is $225 and includes greens fees, cart, range balls, lunch, a golf-themed gift, and an evening celebration.

The evening celebration will include participants from both the golfing event and trolley tour. Following dinner, attendees will take part in a silent auction and celebrity panel Q&A that will be emceed by the “Voice of Lambeau Field” and WBAY anchorman Bill Jartz.

The Boys and Girls Club of Door County’s mission is “to inspire all young people, especially those who need us most, to reach their full potential as caring, productive, and responsible citizens.”

Executive Director Julie Davis noted that this event is a major contributor to the club’s success, allowing them to provide an enriching experience for local youths at a minimal cost.

“We strive to be open and affordable to any child which means that our collected membership fees make up less than one percent of our budget,” Davis said. “Our club has really focused on academic success and being a strategic partner to our school district.”

The club continues to find new ways to reach the needs of their members. In addition to homework support, Davis said the club provides hands-on STEAM programming.

“We just opened our STEAM lab this school year and were able to pilot an after-school curriculum for NASA that has gone fantastically,” she said. “We also reached out to our local manufacturing community and piloted an Engineering Partnership Program with Marine Travelift that brought engineers in to teach our members and concluded with a tour of their facility.”

The Celebrity Golf Outing and Trolley Tour event are the major fundraising campaign of the year for the club. The 2016 event raised $85,000 for program funding. The club is hoping to raise $100,000 through this year’s event, which would bring the eight-year total to approximately $500,000.

There is still time to register for the golf outing or the trolley tour. Visit bgcdoorcounty.org to register.

Justin Skiba is a local educator and former high school football coach. He lives in Sturgeon Bay, Wis. with his wife, Stephanie, and daughters, Amelia and Delaney.