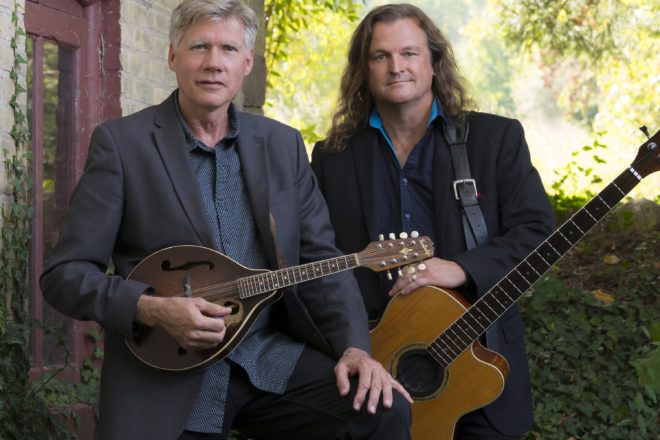 On Nov. 16 at 7 pm, Celtic and Americana roots duo Switchback will perform at Southern Door Community Auditorium in Brussels.

The concert will feature a mix of original and traditional Irish music and a selection of songs from their catalog of more than 300 original Americana tunes.

Brian FitzGerald and Martin McCormack have been playing their brand of eclectic Celtic and Americana music at sold-out concert halls, performing arts centers and festivals around the world for more than 20 years. It was 1993 when these two singer-songwriters formed Switchback and set out on the road. They have shared the stage during that journey with music royalty through the years, most notably The Moody Blues, Leon Russell and John Hartford. The duo has created 13 award-winning Celtic and Americana albums, the most recent titled Kanoka.

The Irish Music Association presented Switchback with the award for the Top Duo in a Pub, Festival or Concert for the USA, Ireland, the European Union, and the United Kingdom. Their television specials The Americana Sessions and The Celtic Sessions have aired on PBS stations around the U.S.

Tickets can be purchased at southerndoorauditorium.org or at the district office. Tickets are $15 for adults, $12 seniors and $8 youth. For more information, call 920.493.5979.