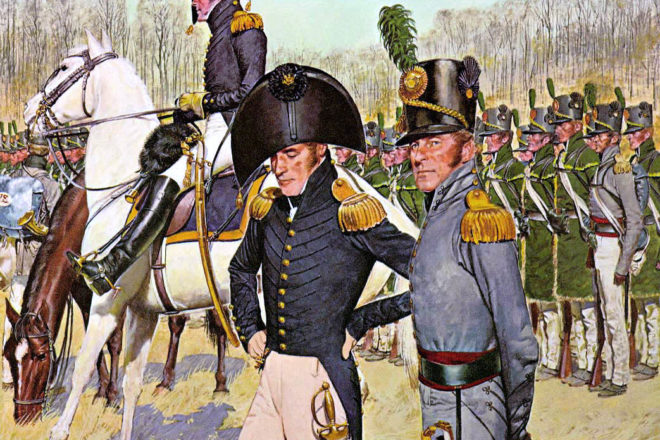 The American Soldier, 1814: This piece of art from the U.S. Army Center for Military History shows how Major Talbot Chambers and his rifle regiment would have looked when they made their way from Mackinac Island to build Fort Howard in Green Bay.

When I mentioned to a member of the Chambers Island Association that we were featuring island namesake Col. Talbot Chambers in this issue, she jokingly suggested we create an alternate history.

Because Chambers’ life is a sad story of the rise and fall of someone who might have gone down in American history as a trailblazing hero — another Daniel Boone or Lewis & Clark. But, somehow, Col. Talbot Chambers came undone along the way, and now the 2,834-acre island in Lake Michigan seems to be the only evidence of his existence during the westward American expansion.

Chambers’ first court martial in 1821 was for “cropping” the ears of two captured army deserters.

Word of Chambers’ harsh discipline reached future populist president Andrew Jackson, a national hero since the Battle of New Orleans during the War of 1812 who just a few years later, in 1824, would make his first, unsuccessful run for president. In a December 9, 1820 letter, Jackson wrote to Col. Henry Atkinson (who replaced Chambers as commander of the Yellowstone expedition):  “I regret with yourself, that a milder course had not been pursued by Col. [Talbot] Chambers, towards the two deserters. I have no doubt, (as you express) but Col Chambers was actuated by the purest principles, and that he believed the course taken was the only one, by which Desertion could be effectually prevented. But the law positively forbids the infliction of corporeal punishment.”

After a remarkable 18-year military career commanding rifle regiments that served as one of the muscles in the Manifest Destiny movement, Chambers was finally drummed out of the military in 1826 in his second court martial, for multiple counts of drunkenness and incompetence. And then he seems to have disappeared from historical record.

If you left it at that, yes, the man seems to be a disgrace. If the bare facts of what is known of his military career were laid out, the Chambers Island Association might want to consider a vote to rename the island.

But let’s give him a chance. Speaking in his own defense during the second court martial, Chambers had several witnesses testify that he was not drunk but sickened by the heat of New Orleans, where he was at the time of the allegations, along with, perhaps, a flu that was rampant.

What was common knowledge for some part of Talbot Chambers’ military career is that he knew how to command men going into unknown situations. That has to be a rare talent, and certainly explains why he was chosen to lead so many expeditions to establish American presence in wilderness areas.

In 1816 he and his team established Fort Howard — modern-day Green Bay. The next year Chambers was relieved of command by Maj. Zachary Taylor and was sent to build another new frontier fort further west, in Prairie du Chien. From there he was to lead an expedition of about 350 men to establish an American presence at the mouth of the Yellowstone River, but returned to St. Louis shortly into the journey, leaving command to another officer.

Did the pressure of going into the unknown crack the man? Is that why he was relieved from the Yellowstone expedition? The record on all of this is cloudy. 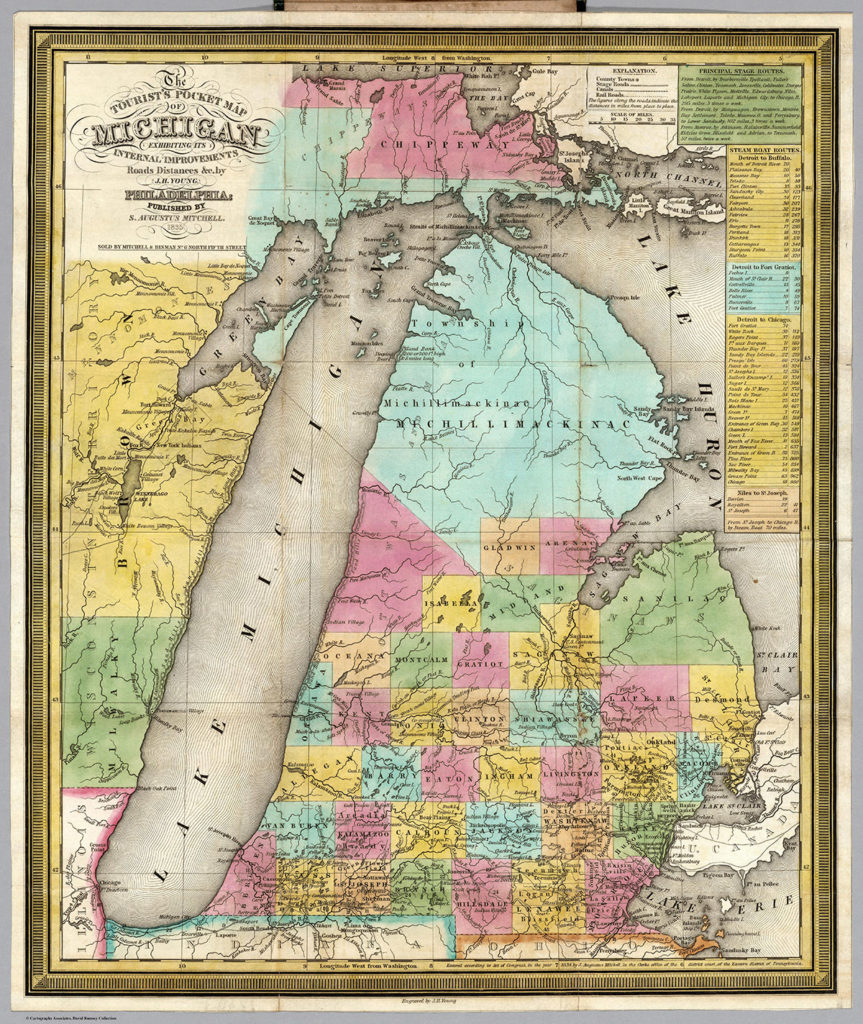 So many details are unknown about Chambers’ life, yet it is obvious his is an epic story at an epic time in our history — America’s westward expansion. The story seems to end after his second court martial in 1826. This is all we know for certain about Talbot Chambers:

He was born on February 8, 1783 to William and Eleanor Talbot in Cumberland County, Pennsylvania. He entered the U.S. Army as a first lieutenant of infantry on June 18, 1808. He attained the rank of captain on October 31, 1811 and in April 1813 was made major and assistant adjutant general. In February 1814 he was assigned to the 4th rifle regiment, and in September of that year was breveted lieutenant colonel status for gallant conduct (brevet means he was awarded the higher rank title for gallantry without the authority or pay of the real rank). He was advanced to lieutenant colonel in 1817 and to full colonel in 1818.

During the War of 1812, Capt. Chambers is credited with burning the captured British brig HMS Caledonia after it ran aground on an island in the Niagara River. Burning the ship prevented its recapture by the British. It was eventually towed to a Navy yard, where it was repaired and fitted with a short-range cannonade firing 32-pound shot and two 24-pound long guns. The Caledonia and its two long guns went on to play a significant role in the September 10, 1813 Battle of Lake Erie.

In 1815, Chambers commanded a rifle regiment that manned the former British fort on Mackinac Island. The next year he and his men were dispatched to build Fort Howard, and we know the rest of the sketchy story from there.

Other than a few scattered references throughout his career — in a June 30, 1820 report to the Secretary of War, Chambers, commander of the 9th Military Department, is described as “an attentive, valuable & competent officer” and Dr. John Gale, who served as the surgeon of the Yellowstone expedition, introduces Chambers in his journal of the 1818 – 20 mission as “That distinguished and accomplished Officer, Col. Talbot Chambers…”

Gale obviously was not privy to the reason for Chambers’ departure from the expedition two weeks after departure from Ft. Belle Fontaine near St. Louis, Missouri. No further mention is made of him in Gale’s journal.

And that is what we know about Col. Chambers — from hero to zero in a decade.

You have to wonder if the writer of a story in The Compass, the official newspaper of the Green Bay Diocese, was trying to cleanse history in a 2014 story about the diocese closing a retreat it owned on Chambers Island (it has since sold the retreat to a group of island property owners).

The story included a timeline that began in 1816:  “Col. John Miller was ordered to transport the 3rd regiment of the U.S. Infantry from Mackinac Island to Green Bay to establish a military post. On the journey, one of Miller’s commanding officers, Col. Talbot Chambers became sick and died. In his memory, Miller renamed Le Baye Island Chambers Island…”

If you Google Col. Chambers, there is no other reference to his death in 1816 besides The Compass story. Where in the world did that come from? You must admit it does tie things up neatly without any question of the moral fiber of the man for whom the island is named.