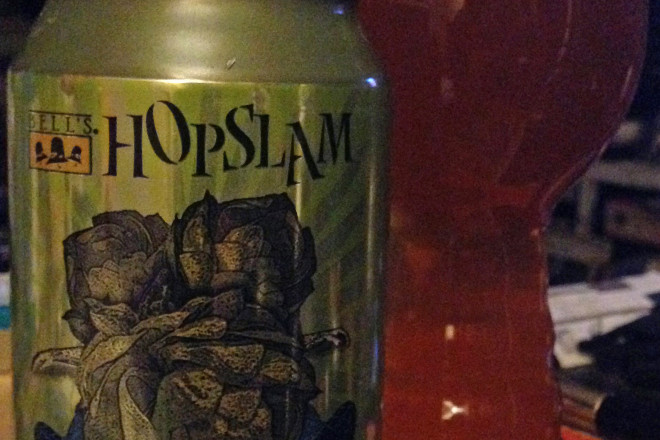 Oh, my, that is one Echt Kriekenbier. Let me translate for you – that is one “real cherry beer.”

Yes, this Belgian cherry ale is called Echt Kriekenbier. It’s a West Flemish red-brown ale that is infused with whole Belgian cherries and then matured in oak casks. 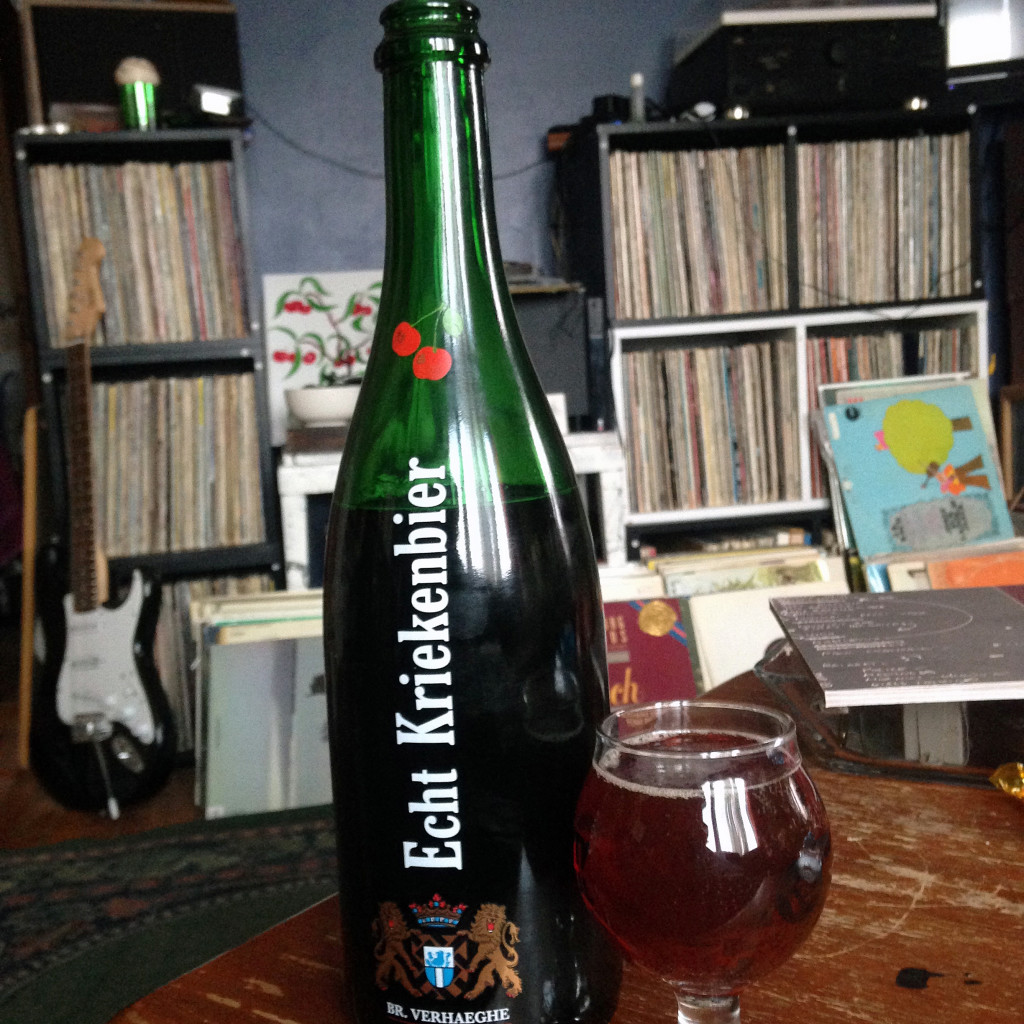 This is a tremendous sour cherry ale with a sharp, dry Champagne-like finish. Cherry Champagne, that is.

Before you reach that fabulous finish, the malty underpinnings of the red-brown ale – also known as Oud Bruin, or Old Brown – appear, creating a big O of perfectly symmetrical flavor that explosively unrolls across your palate. And then that dry finish implodes everything into a tingly pucker. Let’s call it a cherry bomb.

This delicious 6.8 percent kriek is made by Brewery Verhaeghe of Vichte, Belgium, makers of one of my great true loves, a Flemish red known as Duchesse de Bourgogne.

The brewery website says the tart cherries used in Echt Kriekenbier are “sourced from the region around Sint-Truiden in Limburg (Belgium),” an area renowned for its clay soils and fruit-growing capacities.

The website goes on to explain that because the taste of the cherries changes every year based on whatever weather the fruits must endure, the brewery achieves constancy of flavor by combining fresh, new batches of their kriek with one- and two-year-old versions of the beer.

The “best before” date is stamped on the cork of the 22-oz. bomber bottle version, which is what I had. Mine was stamped June 2018. I will have to buy another bottle and put it away for a couple of years to see where it goes. But I also kind of like where it is right now.

Ah, to be a wealthy man. What a beer cellar I would have! And I could just drink without having to write about each exciting new beer. I could just keep it to myself. Ah, a guy can still dream in this country, can’t he? Well, if not, at least he most definitely can drink Echt Kriekenbier, which is just like living the dream.

A pal gave me a can of Hopslam Ale, a double IPA from Bell’s Brewery that beckoned to me every time I opened the magic fridge.

Finally, I decided the time was right. The illustration on the can shows a man crushed by a giant hop cone, so I naturally expected a hopslam to my palate.

To my complete surprise, I was greeted with a totally unexpected big sweet flavor, which caused me to examine the can more closely, where I learned that this ale is brewed with honey to take off some of the edge of the six hop varieties and what the brewery describes as a “massive dry-hop addition of Simcoe hops.”

That really does something to your mind, when you’re expecting one thing and get another, like the time I mistook a tube of zinc oxide for toothpaste. Yuck!

I didn’t know what to make of this beer at first. But with each subsequent sip, I began to understand and enjoy this complex and lip-sticking ale. Once the sweetness and rich mouthfeel of the malt and honey subsides, you feel you might have been sucking on a green hop cone. It’s an intense hop flavor, but not overbearing.